The Pandemic Has Shown That America is a Very Broken State 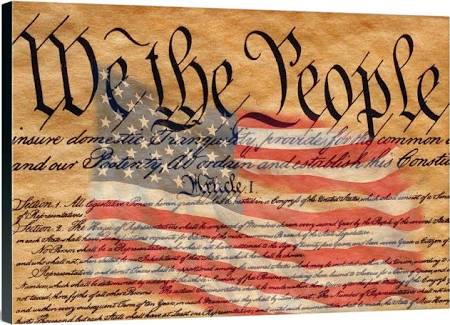 If nothing else, the Covid-19 pandemic is revealing that years of Republican policies - both under George W. Bush, while the GOP held the U.S. Senate and obstructed the Obama administration efforts, and now under the corrupt and incompetent regime of Der Trumpenführer - have left America a broken state.  Some might even argue a failed state.  Clearly, America is not the nation that won WWII and was the unrivaled leader of the world in the post-WWII era, leading in technology, manufacturing, science and a government infrastructure and economy that worked for a majority of Americans.  The GOP has long sought to bring back the Gilded Age of the late 1800's and pre-WWI era when the robber barons and incredible rich payed little in taxes while the rest of the citizenry struggled to get bay.  Under the Trump/Pence regime, much of this GOP agenda has been realized with huge tax cuts for the wealthy, the rolling back of health and safety regulations, and an economic system designed to benefit the wealthy first and foremost.  Now, the pandemic gripping the nation has pulled back the curtain and revealed the consequences of GOP policies.  A very long piece in The Atlantic looks at where America finds itself and the decision that must be made as to where the nation goes from here.  The following are article highlights:

When the virus came here, it found a country with serious underlying conditions, and it exploited them ruthlessly. Chronic ills—a corrupt political class, a sclerotic bureaucracy, a heartless economy, a divided and distracted public—had gone untreated for years. We had learned to live, uncomfortably, with the symptoms. It took the scale and intimacy of a pandemic to expose their severity—to shock Americans with the recognition that we are in the high-risk category.


The crisis demanded a response that was swift, rational, and collective. The United States reacted instead like Pakistan or Belarus—like a country with shoddy infrastructure and a dysfunctional government whose leaders were too corrupt or stupid to head off mass suffering. The administration squandered two irretrievable months to prepare. From [Trump] the president came willful blindness, scapegoating, boasts, and lies. From his mouthpieces, conspiracy theories and miracle cures. A few senators and corporate executives acted quickly—not to prevent the coming disaster, but to profit from it. When a government doctor tried to warn the public of the danger, the White House took the mic and politicized the message.Every morning in the endless month of March, Americans woke up to find themselves citizens of a failed state. With no national plan—no coherent instructions at all—families, schools, and offices were left to decide on their own whether to shut down and take shelter. When test kits, masks, gowns, and ventilators were found to be in desperately short supply, governors pleaded for them from the White House, which stalled, then called on private enterprise, which couldn’t deliver. States and cities were forced into bidding wars that left them prey to price gouging and corporate profiteering. Civilians took out their sewing machines to try to keep ill-equipped hospital workers healthy and their patients alive. Russia, Taiwan, and the United Nations sent humanitarian aid to the world’s richest power—a beggar nation in utter chaos.Donald Trump saw the crisis almost entirely in personal and political terms. Fearing for his reelection, he declared the coronavirus pandemic a war, and himself a wartime president. But the leader he brings to mind is Marshal Philippe Pétain, the French general who, in 1940, signed an armistice with Germany after its rout of French defenses, then formed the pro-Nazi Vichy regime. Like Pétain, Trump collaborated with the invader and abandoned his country to a prolonged disaster. And, like France in 1940, America in 2020 has stunned itself with a collapse that’s larger and deeper than one miserable leader.

[I]t should force a question that most Americans have never had to ask: Do we trust our leaders and one another enough to summon a collective response to a mortal threat? Are we still capable of self-government?

This is the third major crisis of the short 21st century. The first, on September 11, 2001, came when Americans were still living mentally in the previous century, and the memory of depression, world war, and cold war remained strong. On that day, people in the rural heartland did not see New York as an alien stew of immigrants and liberals that deserved its fate, but as a great American city that had taken a hit for the whole country.

We’re faced with a choice that the crisis makes inescapably clear. We can stay hunkered down in self-isolation, fearing and shunning one another, letting our common bond wear away to nothing. Or we can use this pause in our normal lives to pay attention . . . We can learn from these dreadful days that stupidity and injustice are lethal; that, in a democracy, being a citizen is essential work; that the alternative to solidarity is death. After we’ve come out of hiding and taken off our masks, we should not forget what it was like to be alone.