Christianity Today: Why Our Editor in Chief Spoke out Against Trump 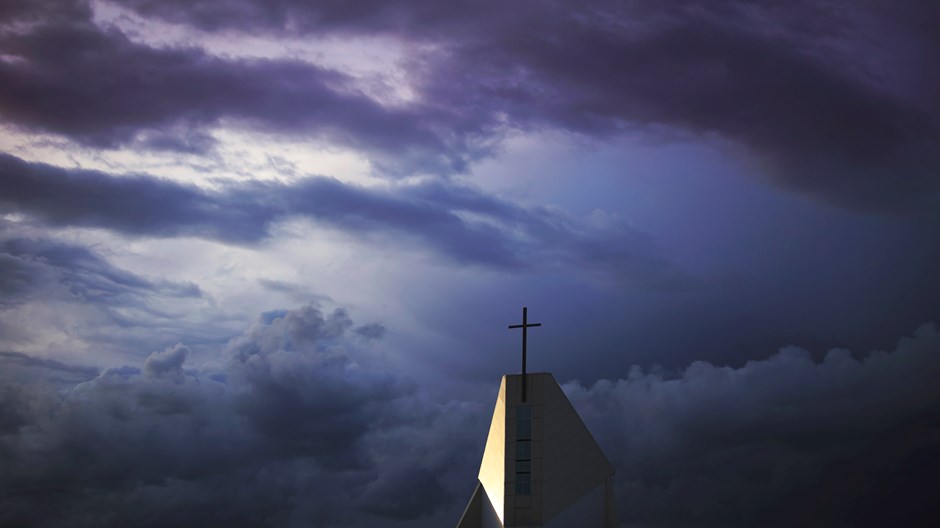 Christianity Today's editorial back in December, 2019, stating why Donald Trump must be removed from office generated a fire storm among the racist, white supremacist elements of white evangelicals - which, sadly, is most of them - while causing others to think that just perhaps there was still a shred of hope for Christianity in America to regain some moral decency.  As a new editorial lays out, the magazine is not backing down in its condemnation of Trump’s "rampant immorality, greed, and corruption; his divisiveness and race-baiting; his cruelty and hostility to immigrants and refugees; and more" and its call to evangelicals to consider (i) whether their allegiance to Trump is consistent with true Christian values and (ii) the harm being done to Christianity's witness by aligning with such an immoral individual.  The magazine plans to continue the debate over the coming month.  Here are highlights from the most recent editorial justifying the magazine's position:


Reader responses to Mark Galli’s recent editorial have spanned the spectrum. We have received countless notes of encouragement from readers who were profoundly moved. They no longer feel alone. They have hope again. Many have told us of reading the editorial with tears in their eyes, sharing it with children who have wandered from the faith, rejoicing that at last someone was articulating what they felt in their hearts. They felt this was a watershed moment in the history of the American church—or they hoped it would prove to be. Stay strong, they told us, knowing we were about to reap the whirlwind.

On the other hand, we have heard from many readers who felt incensed and insulted. These readers felt the editorial engaged in character assassination, or maligned a broad swath of our fellow evangelicals . . .

[A]t the end of the day, we write for a readership of One. God is our Tower. Let the whirlwind come.

President Donald Trump would have you believe we are “far left.” Others have said we are not Bible-believing Christians. Neither is true. Christianity Today is theologically conservative. We are pro-life and pro-family. We are firm supporters of religious liberties and economic opportunity for men and women to exercise their gifts and create value in the world. We believe in the authority of Scripture.

We are also a global ministry. We travel the world and see the breadth and depth of what God is doing through his people all around the planet. It is beautiful, and breathtaking, and immense.

We at Christianity Today believe we need to relearn the art of balancing two things: having a firm opinion and inviting free discussion. We need, in other words, both a flag and a table.

First, then, the flag. Numerous reporters have asked whether the ministry supports what was stated in the editorial. Was Mark Galli speaking on behalf of the institution? CT does not have an editorial board. Editors publish under their own names. Yet Galli has stood in the trenches for men and women of faith for over three decades. He has been an outstanding editor in chief. While he does not speak for everyone in the ministry—our board and our staff hold a range of opinions—he carries the editorial voice of the magazine.

As an institution, Christianity Today has no interest in partisan politics. It does not endorse candidates. . . . . Political parties come and go, but the witness of the church is the hope of the world, and the integrity of that witness is paramount.

Out of love for Jesus and his church, not for political partisanship or intellectual elitism, this is why we feel compelled to say that the alliance of American evangelicalism with this presidency has wrought enormous damage to Christian witness. It has alienated many of our children and grandchildren. It has harmed African American, Hispanic American, and Asian American brothers and sisters. And it has undercut the efforts of countless missionaries who labor in the far fields of the Lord.

While the Trump administration may be well regarded in some countries, in many more the perception of wholesale evangelical support for the administration has made toxic the reputation of the Bride of Christ.

Galli’s editorial focused on the impeachment, but it was clear the issues are deeper and broader. Reasonable people can differ when it comes to the flagrantly partisan impeachment process. But this is not merely about impeachment, or even merely about President Trump. He is not the sickness. He is a symptom of a sickness that began before him, which is the hyper-politicization of the American church. This is a danger for all of us, wherever we fall on the political spectrum. . . . we ask our brothers and sisters in Christ to consider whether they have given to Caesar what belongs only to God: their unconditional loyalty.

Let me protect against two misunderstandings. The problem is not that we as evangelicals are associated with the Trump administration’s judicial appointments or its advocacy of life, family, and religious liberty. We are happy to celebrate the positive things the administration has accomplished. The problem is that we as evangelicals are also associated with President Trump’s rampant immorality, greed, and corruption; his divisiveness and race-baiting; his cruelty and hostility to immigrants and refugees; and more. In other words, the problem is the wholeheartedness of the embrace. It is one thing to praise his accomplishments; it is another to excuse and deny his obvious misuses of power.

The 2016 election confronted evangelical voters with an impossible dilemma: Vote for a pro-choice candidate whose policies would advance so much of what we oppose, or vote for an extravagantly immoral candidate who could well damage the standing of the republic and the witness of the church.

We nevertheless believe the evangelical alliance with this presidency has done damage to our witness here and abroad. The cost has been too high. American evangelicalism is not a Republican PAC. We are a diverse movement that should collaborate with political parties when prudent but always standing apart, at a prophetic distance, to be what Martin Luther King, Jr. called “the conscience of the state.” That is what we believe. This is where we plant our flag. We know we are not alone.

Now, to the table. A table is a place of welcome, a place where bread is broken and friendships are forged. In a political landscape dominated by polarization, hostility, and misunderstanding, we believe it’s critical for Christians to model how to have a firm opinion and host free discussion at the same time. Evangelicals of different stripes cannot continue to shout one another down, bully those who disagree, or exclude one another and refuse to listen.

We hold fast to our view that the wholehearted evangelical embrace of Trump has been enormously costly—but we are committed to irenic conversation with men and women of good faith who believe otherwise.

It is time for evangelicals to have a serious discussion about how our identity as Christians shapes our activity as citizens.

Posted by Michael-in-Norfolk at Wednesday, January 01, 2020