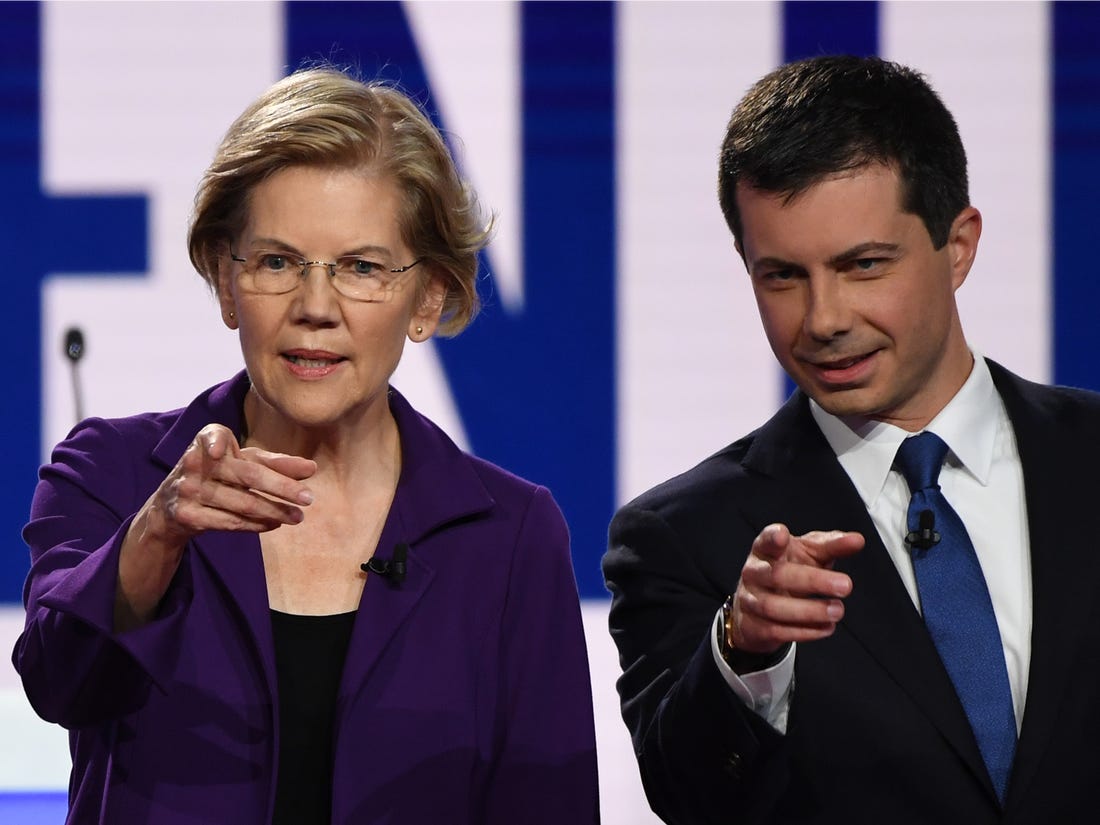 During my blogging hiatus, I booked marked several articles that struck me as worthy of another visit  once I was back home.  Elizabeth Warren likely thought she was being cunning when she went after Pete Buttigieg in the last Democrat presidential debate for supposedly courting "billionaire" donors.  Now, it would seem it is biting her in her hypocritical ass. First, there was an op-ed by an attendee who made clear that the event was hardly what Warren sought to describe it as (the piece is a must read).  Then, the Washington Post is reporting on Warren's own history of going after the millionaire and billionaire set at fundraisers - where she likely gathered the $10 million that she transferred to her presidential campaign, as Buttigieg noted during the debate.   In politics, it can be hard to escape your past, but when you have an easily documented history, one has to wonder why Warren set herself up for a trashing.  Here are highlights from the Post piece:

Chase Williams grinned broadly as he stood for a photo next to Sen. Elizabeth Warren, chatting briefly with the senator from Massachusetts before moving on so someone else could have their turn.But this shot, taken in October 2017, was at an entirely different kind of event: an exclusive “backstage” reception that took place in the vault of a former Cleveland bank. And that was the day’s low-rent affair — donors who agreed to pay more attended an even more exclusive shindig with Warren that day, according to two people familiar with her schedule.

The events were part of a high-dollar fundraising program that Warren had embraced her entire political career, from her first Senate run in 2011 through her reelection last year. Warren was so successful at it that she was able to transfer $10 million of her Senate cash to help launch her presidential bid.

[I]n the past year Warren has undergone a transformation, moving from one of the Democratic Party’s biggest draws at high-dollar fundraisers to a presidential candidate who has sworn them off as sinister attempts to sell access.

Williams, who supports Buttigieg in the presidential race, said Warren’s position was “disingenuous.”

“I am frustrated because she said, ‘I don’t do this. This isn’t something I do.’ And two years ago she very much did do that, and I was in the room,” said Williams, who had a photo taken after writing a $500 check.

Other notable Warren events from her Senate runs include a private luncheon held for donors at Boulevard, a San Francisco restaurant where the wine list tops out with a $3,800 bottle of a pinot noir from Burgundy and diners can eat in a “wine vault.”

The October 2017 event was to thank her big givers and seek their help for Warren’s 2018 reelection, according to an invitation obtained by The Washington Post, which outlined the requirement that attendees pay at least $1,000 a head to attend.

Warren appeared in June 2012 at an exclusive reception with Kevin Ryan, a New York tech investor who held an event for Buttigieg earlier this month that attracted protesters who sought to tag the candidate as #WallStreetPete.

There was also “an evening of music and conversation with Grammy Award Winning Singer-Songwriter Melissa Etheridge” at City Winery in Boston in June 2018 where those who gave more than $1,000 to Warren received a “souvenir wine bottle,” an event first reported by the Associated Press.

Warren’s campaign acknowledged the misstepfor an April 2012 evening reception with a host committee that included Linda Fairstein, the former Manhattan district attorney who prosecuted five black and Latino teenagers on charges of raping a jogger in Central Park in 1989. The teens became known as the Central Park Five and went to prison but were later exonerated in a case that highlighted deep racial disparities in the criminal justice system.

Warren’s new position is part of an attempt to tap into the zeitgeist of the party’s left wing, where activists and voters believe wealthy individuals and companies have far too much influence in American life and over American institutions. But party strategists say Warren’s approach could be damaging for her, as well as her opponents.