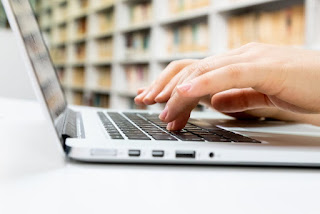 One need only look at the Brexit vote in the United Kingdom or the outcome of the 2016 presidential election to see the growing risks of foreign cyber warfare inducing societies to be deceived into taking self-destructive actions. American intelligence agencies expect things to get even worse in the future as Russia and other opponents intensify their efforts.  Who is the most vulnerable to fake news and deception on social media?  Older voters who ought to know better but who are duped into promoting falsehoods at far higher rates than Millennials. The answer as to why such is the case is still elusive although it may in part be due to Millennials' greater experience with social media and the Internet age.  It may also be that they do not carry with them the accumulated prejudices that seemingly plague older voters, especially so-called "conservatives" who are predisposed to believe outlandish propaganda.  Personally, I have seen Republican "friends" share shockingly untrue information without ever questioning the source or the information since it fits with their prejudices. A piece in The Atlantic looks at the situation.  Here are highlights:

Congress’s annual worldwide-threat hearings are usually scary affairs, during which intelligence-agency leaders run down all the dangers confronting the United States. This year’s January assessment was especially worrisome, because the minds of American citizens were listed as key battlegrounds for geopolitical conflict for the first time. “China, Russia, Iran, and North Korea increasingly use cyber operations to threaten both minds and machines in an expanding number of ways,” wrote Director of National Intelligence Dan Coats. Coats went on to suggest that Russia’s 2016 election interference is only the beginning, with new tactics and deep fakes probably coming soon, and the bad guys learning from experience.

For years, studies have found that individuals come to faulty conclusions even when the facts are staring them in the face. “Availability bias” leads people to believe that a given future event is more likely if they can easily and vividly remember a past occurrence, which is why many Americans say they are more worried about dying in a shark attack than in a car crash, even though car crashes are about 60,000 times as likely.

In an information-warfare context, we need to understand not just why people are blind to the facts, but why they get duped into believing falsehoods. Two findings seem especially relevant.

The first is that humans are generally poor deception detectors. A meta-study examining hundreds of experiments found that humans are terrible at figuring out whether someone is lying based on verbal or nonverbal cues. In Hollywood, good-guy interrogators always seem to spot the shifty eye or subtle tell that gives away the bad guy. In reality, people detect deception only about 54 percent of the time, not much better than a coin toss.

The second finding is that older Americans are far more likely to share fake news online than are younger Americans. A study published in January found that Facebook users 65 and older shared nearly seven times as many fake-news articles as 18-to-29-year-olds—even when researchers controlled for other factors, such as education, party, ideology, and overall posting activity. One possible explanation for this age disparity is that older Facebook users just aren’t as media savvy as their grandkids. Another is that memory and cognitive function generally decline with age. It’s early days, and this is just one study. But if this research is right, it suggests that much of the hue and cry about Millennials is off the mark. Digital natives may be far more savvy than older and wiser adults when it comes to spotting and spreading fake news.

The landscape may seem bleak—we’re a deception-ready species, it seems—but I have come across a touch of good news. Even as trust in institutions—including governments, media, and universities—is declining, researchers have found that trust in people is increasing.Looked at one way, such trusting behavior makes us more vulnerable to deception. But trust isn’t a one-way virtue: It often leads to trustworthy behavior—the more we trust others, the more they earn our trust. This suggests that, over time, societies can become less deceitful. There’s hope out there.

This much is clear: It will be far easier to shore up our technical defenses against information warfare than to fix our psychological vulnerabilities.

For those fearful of thinking for themselves and inclined to believe myths and falsehoods - think evangelicals - the risk of being duped increase exponentially.  Yet, these people seemingly are the last to grasp that they have been played for fools.
Posted by Michael-in-Norfolk at Monday, March 04, 2019