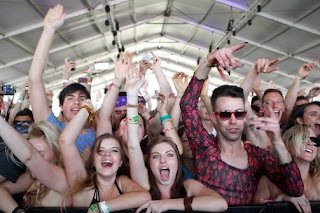 As the 2018 midterm elections approach, a new Pew Research Center survey reveals data that ought to make the Republican Party very fearful especially in the long term.   The GOP base is increasingly less educated, rural, aging and more religiously extreme.  The Democrat base in contrast is urban, better educated, younger and non-religiously affiliated, with Millennials being sharply more aligned with the Democrat Party.   One take away is that if Democrats can get Millennials - now the largest generation - to the polls, GOP prospects dim significantly.  Ironically, leading Christofascists (hate group leader and pathological liar Tony Perkins has a rant here) who drive the GOP's anti-woman, anti-knowledge, racist and religiously intolerant agenda blame the phenomenon on "indoctrination" by public schools and "liberal colleges" rather than looking at themselves in the mirror and realizing that they themselves are one of the largest problems for the GOP going forward and that they have been key in driving Millennials from religion in general.  Here are highlights from Pew's long article:

As the 2018 midterm elections approach, women and especially college graduates have moved toward the Democratic Party. By contrast, the Republican Party’s advantage in leaned party identification among white voters without a college degree has never been greater, dating back more than two decades.

A new analysis of party identification, based on more than 10,000 interviews of registered voters conducted by Pew Research Center in 2017, finds that 37% of registered voters identify as independents, 33% are Democrats and 26% are Republicans.Since 2014, the last midterm election year, there have been notable changes in party identification among several groups of voters. And as we noted in our 2016 report on party affiliation, the composition of the Republican and Democratic electorates are less alike than at any point in the past quarter-century.

Record share of college graduates align with Democrats. Voters who have completed college make up a third of all registered voters. And a majority of all voters with at least a four-year college degree (58%) now identify as Democrats or lean Democratic, the highest share dating back to 1992. Just 36% affiliate with the Republican Party or lean toward the GOP.

Continued racial divisions in partisan identification. . . . . African American voters continue to affiliate with the Democratic Party or lean Democratic by an overwhelming margin (84% Democrat to 8% Republican). Hispanic voters align with the Democrats by greater than two-to-one (63% to 28%), while Asian American voters also largely identify as Democrats or lean Democratic (65% Democrat, 27% Republican).

Education Gap. When race and education are taken into account, white voters who do to not have a college degree make up a diminished share of Democratic registered voters. White voters who do not have a four-year degree now constitute just a third of Democratic voters, down from 56% two decades ago. By contrast, non-college white voters continue to make up a majority of Republican and Republican-leaning registered voters (59% now, 66% in 1997).

Religious Affiliation. White evangelical Protestants remain one of the most reliably Republican groups of voters, and the GOP’s advantage among this segment of the population has continued to grow in recent years: 77% of white evangelical voters lean toward or identify with the Republican Party, while just 18% have a Democratic orientation. . . . . The religiously unaffiliated, a growing share of the population, have shown steady movement in orientation toward the Democratic Party. In 1994, about half (52%) of religiously unaffiliated voters leaned toward or identified with the Democratic Party. Today nearly seven-in-ten (68%) do so.

Urban versus Rural. Voters in urban counties have long aligned more with the Democratic Party than the Republican Party, and this Democratic advantage has grown over time. Today, twice as many urban voters identify as Democrats or lean Democratic (62%) as affiliate with the GOP or lean Republican.

Email ThisBlogThis!Share to TwitterShare to FacebookShare to Pinterest
Labels: 2018 midterm elections, Christofascists, Democrat get out the vote, future of the Democrats, future of the GOP, GOP embrace of ignorance, Millennials, shrinking GOP base