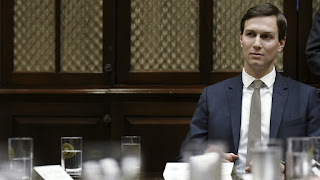 Special counsel Robert Mueller is reportedly pushing to question Der Trumpenführer in person "soon" according to the Washington Post:

Special counsel Robert S. Mueller III is seeking to question President Trump in the coming weeks about his decisions to oust national security adviser Michael Flynn and FBI Director James B. Comey, according to two people familiar with his plans.

Mueller’s interest in the events that led Trump to push out Flynn and Comey indicates that his investigation is aggressively scrutinizing possible efforts by the president or others to hamper the special counsel’s probe.

Mueller now appears to be turning his attention to Trump and key witnesses in his inner circle, raising the pressure on the White House as the administration enters its second year.

Frankly, this cannot take place soon enough since I suspect that Trump will (i) lie under oath and set himself up for perjury charges, or (ii) go off and create even larger problems for himself and his circle of sycophants.   Meanwhile, Mother Jones is reporting that Jaed "Prince Jared" Kushner may have possible money laundering troubles bubbling up via Deutsche Bank which has flagged "suspicious transactions" information about which will likely end up in Mueller's hands.  Here are article excerpts:

A German business magazine is reporting that Deutsche Bank, the German financial giant which is a major lender to both President Donald Trump and his son-in-law Jared Kushner, identified “suspicious transactions” related to Kushner family accounts, and has reported them to German banking regulators. The bank is reportedly willing to provide the information to special prosecutor Robert Mueller’s team of investigators.  Manager Magazin, a respected German business magazine, reported in its latest print edition, which hit German newsstands on Friday, that Paul Achleitner, chairman of Deutsche Bank’s board, had the bank conduct an internal investigation and the results were troubling. Those results have been turned over to the Federal Financial Supervisory Authority—Germany’s bank regulatory agency, which is commonly known as BaFin.
“Their finding: There are indications that Donald Trump’s son-in-law or persons or companies close to him could have channeled suspicious monies through Deutsche Bank as part of their business dealings.”

The magazine did not provide additional details about the “suspicious monies”, but Manager Magazin reports that Deutsche Bank’s leadership is worried about the public relations hit the bank might take when—not if—the results of the investigation are turned over to Mueller. “But what BaFin will do about [the bank’s findings] is not the bank’s greatest concern,” the article states. “Rather, it’s the noise that US special counsel Robert Mueller (73) will make in his pursuit of Trump. For he will likely obtain this information—a giant risk to [the bank’s] reputation.”

The article also claims that the investigation into Kushner and his family business is not over, and that internal technical issues are complicating the search, adding that “Achleitner simply doesn’t have a view of the whole picture.” Deutsche Bank did not respond to a request for comment, nor did Abbe Lowell, Kushner’s personal attorney.

The Trumps and Kushners relationship to Deutsche Bank is a particularly large conflict of interest, given the bank’s history of clashing with regulators—it has made several multi-billion dollar settlements with regulators in the US and Europe for its role in the LIBOR-rigging scandal and the 2008 mortgage crisis. It continues to be under investigation for its role in a possible money-laundering scheme that helped Russians evade sanctions and move money out of that country.  Update: Jan. 23, 2017: A spokesperson for the Kushner Companies provided this statement to Mother Jones: “Kushner Companies has done nothing wrong with its relationship with Deutsche Bank. The Office of Special Counsel has not contacted us. There is no money laundering. There is no Russian connection. There are no improper loans. There are no misrepresentations. Everything has been handled in a normal, professional and commercial manner. Our transactions with Deutsche Bank were bid out on a competitive market rate basis. Any story claiming that we have done anything wrong in our dealings with Deutsche Bank is made-up and completely baseless. Importantly, not one news agency even called us before running these crazy allegations.” Manager Magazin has not retracted their original story.

Posted by Michael-in-Norfolk at Wednesday, January 24, 2018