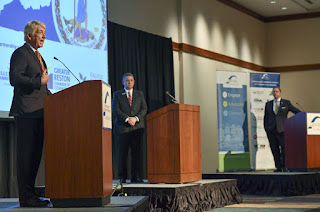 As I have noted in a number of posts and in my columns in VEER Magazine, Republican Attorney General candidate is a religious extremist.  He thinks his far right wing beliefs should be binding on all and indeed has given his services without charge to support Christofascist who believe their claimed religious beliefs put them above the law.  In the last debate against incumbent Attorney General Mark Herring who is running for reelection, Adams repeatedly attacked Herring for refusing to defend Virginia's unconstitutional ban on same sex marriage.  In Adams' view, Herring should have followed the example of previous attorney generals that defended Jim Crow laws and  and Virginia's ban on interracial marriage that was eventually struck down by the United States Supreme Court after the Virginia Supreme Court twice upheld the ban, citing religion as one of the justifications.  In attacking Herring Adams displays an ignorance that even a first year law student would not engage in: the United States Constitution supersedes the Virginia Constitution and if a provision of the Virginia Constitution violates the United States Constitution, then it should not be enforced or defended.  Because of his reactionary religious beliefs, Adams ignores this basic principle.  This fact alone underscores that Adams is unfit for the office of attorney general.  The Virginian Pilot looks at the debate.  Here are highlights:

Attorney General Mark Herring's refusal to defend Virginia's ban on gay marriage was his signature act during his four-year term. Now it's the key point of contention in his re-election campaign against Republican challenger John Adams.

At a debate Friday in Leesburg, Adams said it was dereliction of duty when Herring switched the state's legal position in a lawsuit challenging the ban once he took office in 2014. A federal judge who struck down Virginia's ban cited Herring's switch as a compelling factor in her analysis.

Adams attributed Herring's decision to a political calculation, noting that Herring actually voted for the gay marriage ban a few years earlier when he was a state senator.

Herring, who received national attention when he announced his decision to oppose the gay-marriage ban in court, said his position was ultimately vindicated by the U.S. Supreme Court, which struck down gay-marriage bans as unconstitutional.

Herring said he considered the fact that Virginia was on the wrong side of history in the civil rights era when the state argued to keep segregated schools, and didn't want to make the same mistake.  "It was the right thing to do," Herring said.

Herring, in his opening statement, said Adams would not protect abortion rights and would oppose gun safety measures. He said Adams worked as a lawyer in private practice to weaken rules protecting coverage for contraception under the Affordable Care Act.  "John is fixated on conservative social issues," Herring said.

Adams' biggest lie of the evening was when he said this:

"I am running to get politics out of the attorney general's office," he said. "I'm not running to limit anybody's rights."


Adams is running to limit the rights of LGBT Virginians, women and of course, minorities since he strongly supports Republican efforts to disenfranchise minority voters.  In my opinion, Adams is a dishonest, vicious and very dangerous man.   Vote for Mark Herring on November 7, 2017.
Posted by Michael-in-Norfolk at Saturday, October 21, 2017