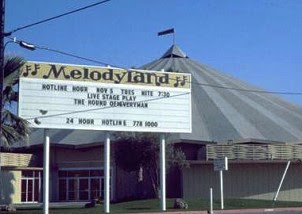 Grove City College professor Warren Throckmorton has already been attacked by Christianists for telling the truth about "ex-gay" therapy: it doesn't work. Now, with a new article on Michael Bussee's recantation of his "cure" and and conversion to "straight" - not to mention other aspects of the "study" that coined the term "ex-gay", Throckmorton will likely be the target of additional diatribes by those who seek to keep the "ex-gay" myth alive for monetary and political purposes. The transformation of Throckmorton's advocacy for the truth about "ex-gay" therapy has been stunning since I first had running e-mail debates with him seven or eight years ago. Personally, I applaud his efforts to expose the truth rather than clinging to falsehoods that serve Christianists' political agenda to deny LGBT citizens of full equal rights under the civil laws. Here are some highlights from the new article:

A participant in the first study to use the term “ex-gay” to describe gay-to-straight change has called the study into question.

In 1980, E. Mansell Pattison and his wife Myrna Loy Pattison introduced the term “ex-gay” to the psychological literature via an article published in the American Journal of Psychiatry. In that study, they claimed that 11 men participating in a crisis hotline at the Melodyland Christian Center, pastored by Ralph Wilkinson in Anaheim, CA, had changed dramatically from gay to straight.

But in an interview, Michael Bussee, who had been a leader at Melodyland at the time of the study, told me, “We professed that we had been healed—past tense—because it was part of the theology to claim your healing in order to bring it about.”

Bussee said the Pattisons did not question the authenticity of the responses, saying, “They took it on faith that we were giving honest answers, but all of us were eager to ‘claim’ our healing.” . . . . “I think it’s very important to talk about the ‘faith’ context of the study. This was done at Melodyland at the height of the ‘charismatic renewal’. Healing and deliverance services were held every week and were packed by thousands of people.” In that environment, the participants believed they would be delivered from their same-sex attractions.

Along with several other ex-gay leaders, Bussee and his Melodyland colleague Gary Cooper helped found Exodus International, an evangelical ex-gay organization. However, they eventually came out of the closet, left their wives and became partners, thereby leaving ex-gay ministry in 1979. Cooper died in 1991 and Bussee has remained a critic of change efforts.

Both Bussee and Cooper were rated as Kinsey 6 (exclusively homosexual) before change and a 0 (exclusively heterosexual) after change. Since there was no follow-up, this study has been used to support the proposition that gays could change to straight via religious mediation. For instance, not knowing any of this background at the time, I referred to the Pattison study favorably in my 2000 American Psychological Association presentation about ex-gay outcomes.

Even if the study could be trusted, only 1% of the original 300 cases were reported as categorical shifts from gay to straight.

For these and other reasons, the study was open to criticism even before Bussee’s disclosure. However, based on the experience of Bussee and Cooper, there is even more reason to question the study—as well as the objective of sexual reorientation in general.

When is the main stream media going to stop giving any credence - much less a platform - to the quacks who continue to market the "ex-gay" myth?
Posted by Michael-in-Norfolk at Sunday, November 13, 2011