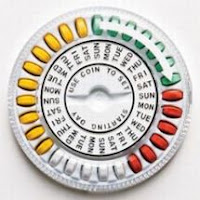 I have long maintained that the far right Christianists have a much larger agenda than merely keeping LGBT Americans second class citizens. As the thankfully failed "personhood" effort in Mississippi indicated, outlawing all abortions is another major agenda item. Beyond that, even contraception is something these religious extremists want to eliminate. Their goal is to make sure that all citizens are compelled to live under their warped and unloving religious views. As Think Progress reports, some of the Christianists are assailing the Department of Health and Human Services for requiring health insurers to cover contraception and other women’s preventive services without additional cost sharing. Their beef? They claim that contraception leads to promiscuity - and I guess, in theory, unwanted pregnancies. The ridiculousness of their claims is that European nations with widespread availability of contraception have a far fewer teen pregnancies. Even more to the point, it's the areas where the Christianists most hold sway that have the highest teen pregnancy rates. Here are some highlights from the Think Progress article:

Organizations like the United States Conference of Catholic Bishops and Catholic Health Association insist that contraception encourages promiscuous behavior and that mandating coverage violates religious freedoms. As Sen. Pat Toomey (R-PA) wrote in a letter to HHS Secretary Kathleen Sebelius, “this regulation requires that a Catholic institution either violate its fundamental beliefs by providing coverage that includes contraception and sterilization or, per the new requirements of PPACA, potentially pay a heavy financial penalty for failing to provide what PPACA deems adequate health coverage to their employees.”

But broadening the exemption would place religious beliefs ahead of women’s health and significantly restrict access to the birth control that most women rely on. More than 99 percent of all women ages 15 to 44 who have ever had sexual intercourse have used at least one contraceptive method and most people support expanding access to them. A national poll conducted in May, for instance, found that 88 percent of voters, including four in five Republicans, support women’s access to contraception. Most Americans even think that improving women’s access to contraception is a more effective way of reducing the number of abortions than enacting restrictive abortion laws.

In fact, it’s not even clear that broadening the exemption is constitutional. Catholic Charities, for instance, has previously attempted to challenge state contraceptive equity laws in both New York and California, but lost “on the basis of a 1990 Supreme Court decision, Employment Division v. Smith.” The ruling found that the First Amendment’s exercise of religion clause did not trump a “neutral law of general applicability.” To permit religious entities and persons to pick and choose which laws they could follow “would be to make the professed doctrines of religious belief superior to the law of the land, and in effect to permit every citizen to become a law unto himself,” the court found.

The Affordable Care Act does not require religious organizations to specifically approve birth control any more than they would have to sign off on any other medication or treatment used by their employees — it simply states that insurance companies must offer a package of women’s health care benefits without additional charge.

Permitting religious entities and persons to pick and choose which laws they will follow is exactly what the Christianists want if they cannot succeed in riding rough shod over the religious liberties of others by forcing their beliefs on all of us. It's yet further proof that they want special rights.
Posted by Michael-in-Norfolk at Saturday, November 19, 2011