Will We See Health Care Reform? 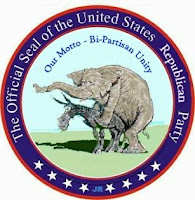 The Republican Party and their lobbyist friends from the health care and pharmaceutical industries are bad mouthing public option health care reform and as is typical lauding the USA for having the best health care in the world - assuming, of course that one is wealthy and has access to Rolls Royce insurance plans. Sadly, most of us do not fall into that category and over 45 million Americans have no health care coverage whatsoever. Meanwhile, the Democrats are acting spineless and may likely screw up the opportunity to make the systemic change that is needed.
*
I am passionate about health care reform because health care costs are a major burden on small businesses and families as I know well from experience. Personally, my financial difficulties began when one of my children had bacterial meningitis. Even though we had "good coverage" and Anthem paid out benefits in the six figures, due to co-pays, stop loss and policy limits, our savings were wiped out and it took years to pay off the last of the hospital and doctor bills. My child had a miracle recovery and I'd expend the money again, but in the supposedly most advanced county in the world, citizens should not have to be destroyed financially just to secure needed health care.
*
Countering the lies and misstatements of the opponents of systemic health care reform are a number of columns and articles. One is a column by economist Paul Krugman in the New York Times which argues that the public option IS financially possible and notes that France - which is constantly derided by members of the GOP base - has a health care system that covers everyone, offers excellent care and costs barely more than half as much per person as the U.S. system.
*
The Congressional Budget Office has looked at the future of American health insurance, and it works. . . . last week the budget office scored the full proposed legislation from the Senate committee on Health, Education, Labor and Pensions (HELP). And the news — which got far less play in the media than the downbeat earlier analysis — was very, very good. Yes, we can reform health care.
*
Let me start by pointing out something serious health economists have known all along: on general principles, universal health insurance should be eminently affordable. After all, every other advanced country offers universal coverage, while spending much less on health care than we do. For example, the French health care system covers everyone, offers excellent care and costs barely more than half as much per person as our system.
*
And even if we didn’t have this international evidence to reassure us, a look at the U.S. numbers makes it clear that insuring the uninsured shouldn’t cost all that much, for two reasons. First, the uninsured are disproportionately young adults, whose medical costs tend to be relatively low. The big spending is mainly on the elderly, who are already covered by Medicare.
*
Second, even now the uninsured receive a considerable (though inadequate) amount of “uncompensated” care, whose costs are passed on to the rest of the population. So the net cost of giving the uninsured explicit coverage is substantially less than it might seem.
*
And those who prefer not to buy insurance from the private sector would be able to choose a public plan instead. This would, among other things, bring some real competition to the health insurance market, which is currently a collection of local monopolies and cartels.
*
The only question now is whether a combination of persuasion from President Obama, pressure from health reform activists and, one hopes, senators’ own consciences will get the centrists on board — or at least get them to vote for cloture, so that diehard opponents of reform can’t block it with a filibuster.
*
This is a historic opportunity — arguably the best opportunity since 1947, when the A.M.A. killed Harry Truman’s health-care dreams. We’re right on the cusp. All it takes is a few more senators, and HELP will be on the way.
*
Everyone needs to call their Senators and Congressmen/women and demand that the vote for health care reform.
Posted by Michael-in-Norfolk at Wednesday, July 08, 2009

I am astonished that anyone can maintain, with a straight face, that Americans get the best heathcare in the world. Like, what?

In my recent stint in the USA, I was robbed blind by the healthcare system.

With the latest announcement of hospitals agreeing to contribute $155 billion, where are the costs going to be shifted for the $155 billion? Doesn't anyone get it? It is going to be shifted somewhere. In Utah, studies conducted by http://www.BenefitsManager.net revealed that cost shifting already exists in ER. Why do you think aspirins cost $10? Someone is going to pay whether it’s a reduction in quality service or higher charges for those with insurance policies. Someone gets dropped off at the ER doorstops full of bullet holes with no insurance….next person that comes in with a insurance card has costs shifted to them through increased billings. I see it daily when advising hospitals through billing issues with http://www.UtahInsuranceExchange.info which is our state’s steps towards health care reform. Sure, the government is proposing subsidy…so how much will that affect the tax payer? Again, why are we not talking about TORT REFORM to push liability insurance premiums down that absorb as much as 15% in expenses with medical providers?? Take 15% off total medical expenditures in US and you will see savings in the trillions.

It’s official. America and the World are now in a GLOBAL PANDEMIC. A World EPIDEMIC with potential catastrophic consequences for ALL of the American people. The first PANDEMIC in 41 years. And WE THE PEOPLE OF THE UNITED STATES will have to face this PANDEMIC with the 37th worst quality of healthcare in the developed World.

Progressive democrats the Tri-Caucus and others should stand firm in their demand for a robust public option for all Americans, with all of the minimum requirements progressive democrats demanded. If congress can not pass a robust public option with at least 51 votes and all robust minimum requirements, congress should immediately move to scrap healthcare reform and request that President Obama declare a state of NATIONAL HEALTHCARE EMERGENCY! Seizing and replacing all PRIVATE FOR PROFIT health insurance plans with the immediate implementation of National Healthcare for all Americans under the provisions of HR676 (A Single-payer National Healthcare Plan For All).

Coverage can begin immediately through our current medicare system. With immediate expansion through recruitment of displaced workers from the canceled private sector insurance industry. Funding can also begin immediately by substitution of payroll deductions for private insurance plans with payroll deductions for the national healthcare plan. This is what the vast majority of the American people want. And this is what all objective experts unanimously agree would be the best, and most cost effective for the American people and our economy.

In Mexico on average people who received medical care for A-H1N1 (Swine Flu) with in 3 days survived. People who did not receive medical care until 7 days or more died. This has been the same results in the US. But 50 million Americans don’t even have any healthcare coverage. And at least 200 million of you with insurance could not get in to see your private insurance plans doctors in 2 or 3 days, even if your life depended on it. WHICH IT DOES!

If President Obama has to declare a NATIONAL STATE OF EMERGENCY to rescue the American people from our healthcare crisis, he will need all the sustained support you can give him. STICK WITH HIM! He’s doing a brilliant job.

THIS IS THE BIG ONE!

THE BATTLE OF GOOD Vs EVIL!

Contact congress and your representatives NOW! AND SPREAD THE WORD!

True. Sometimes medical insurance might be of no use, but I have something I would like to share with you all. My son’s head was getting larger than normal. It was getting distinctive with time. He used to vomit excessively, and was getting weaker and weaker because of less sleep. At that time, we referred to a doctor, who sent us to the neurosurgeon, and then CT scans were taken on him. The result showed that there was an accumulation of cerebrospinal fluid. So, we need to carry out the shunt operation. It was a very dreadful feeling all over my mind on those days. It was also getting quite costly for me to handle all the medications, as it was going beyond the limit of health insurance. I need to keep him under constant surveillance, as any ignorance to even a small health problem may lead him to severe fatal problems. So, I decided to hire a health service which could take care of him thoroughly starting from medical checkup to even his diet. As he is required to be under constant surveillance, we hired a prevention plan for my family as well from a health care company named elite health (www.elitehealth.com). They used to monitor his health at regular interval, have interactions with them regarding any health issues, provides him a facility to contact them immediately 24/7 for any health problems. Today he is 15 year old, happy, adjusted with what god has offered him. We have certainly saved a lot financially also, as we need not require spending unnecessarily on baseless checkups and doctor appointments. Such wellness program really is the wise investments for those who are really in the need for such a service.