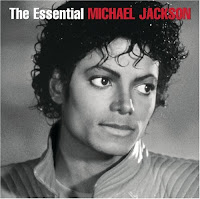 I was never one of Michael Jackson's biggest fans, but I believe that he was an amazing musical talent. I also believe that he ought to be left to rest in peace - a peace he never achieved in life to no small degree due to the media and promoters who sought to make a quick buck off of him, caring nothing about the consequences. Some things apparently do not change even in death and now jackal and hyena like opportunists are swarming to make money yet again off of him regardless of how it disparages his memory or what impact it might have on his children. Among them is so-called biographer Ian Halperin who claims to have tracked down two of the Jackson's alleged male lovers. The UK's Sun has an example of the sleazy coverage that I fear we will see much more of. Here's a brief illustration:
*
Biographer Ian Halperin claims to have tracked down two of the superstar’s alleged male lovers.
One, who Jacko was “madly in love” with, met him for liaisons at a grungy motel which was all the debt-ridden star could afford.
*
Also in the book, Halperin says Jackson was known to slip out to a motel for gay sex in 2007 when he had moved to Las Vegas. He lived in an upmarket residential community called Palomino Lane and reportedly fell in love with a burly half-Asian in his early 20s. Halperin alleges: “He rarely left his residence, but when he did, according to one of Jackson’s closest confidants, it was to meet a boyfriend at a run-down motel.”
*
Jackson was a musical phenomenon. His sexual orientation should be irrelevant - only his talent and performance mastery are what should count. I look forward to the day where cheap opportunists will not be able to make money off of maligning gays and those alleged to be gay.
Posted by Michael-in-Norfolk at Monday, July 13, 2009