Why Do Christianist Hate Straight Spouses? 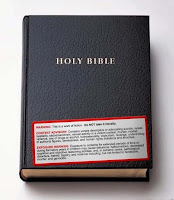 Back in September I did a post about Gospel singer Ray Boltz's public announcement that he was gay. Like myself, Boltz married and had children, all the while falling victim to the ex-gay propaganda and trying to "cure" himself of his true sexual orientation. Younger gays may not understand fully why many of us in the older generation followed the path that we did. In my case, why did I stay in the closet and make myself and in varying ways everyone else miserable? The answer is simple: I honestly did not know what else to do other than to try to be what church and society told me I had to be, growing up as I did at a time when being gay was classified as a form of mental illness (I was in my last year of college that the APA changed that diagnosis). On top of that I had the ever loving Roman Catholic Church making pronouncements that gays are "inherently disordered" and perhaps even "evil." Why would I ever want to admit - even to myself - that I was gay?
*
This church and societal enforced phenomenon has multiple victims besides the LGBT individual who is in the closet trying to convince himself/herself that they aren't really gay. First among those is the straight spouse - the other party to the closeted gay's marriage. These other victims appear NOWHERE on the radar screen of the ex-gay "ministries" or corrupt institutions such as the Catholic Church. It's all about spreading the myth that gays can change and leading them to marry believing the false message. When it all eventual falls apart, the Christianists, Catholic clergy, and other snake oil merchants of the myth are nowhere to be seen when it comes to supporting the straight spouse.
*
I recently discovered that Ray Bolz's former wife has a blog that addresses some of her experiences. It is called My Heart Goes Out. . . and on the issue of gay marriage, here's what she has to say:
*
Speaking up for gay marriage, it is my belief that besides all the reasons mentioned in this article, it would make more sense for gay people to marry gay people, than for them to marry straight ones.
*
Carol Boltz also has some interesting reflections on the situations a straight spouse encounters in trying to deal with the fact that her marriage has collapsed and that her world will be changing forever. Here's a few highlights that I found telling:
*
My perceptions were that it was impossible to be Christian AND gay. As I read and learned, I had a hard time, but I found many sources that say our sexual orientation is a given (and some people, I understand, have a more fluid sexual orientation). And I began to realize that there are people who believe that there ARE gay Christians.
*
In the months following Ray's big reveal, I sought information. I did not go to the counseling office at our church. I knew what those "answers" would tell me - the same conclusions that had resulted in Ray's self-hating and condemning results. It was hard to be alone, anonymously calling mental health offices, asking, "Do you have experience dealing with marriages where one person is gay and another is straight?" I'd call from my cell phone, I didn't identify myself except by my first name.
*
I began to understand something new: there is a difference in what I'd been told in church (gay and Christian cannot co-exist) and the fact that there are good Christians who believe in Jesus, hold to his teachings, and they live their lives with integrity, even though they are gay. What a shift in my thinking! I could not even wrap my mind around my fundamentalist mindset - it was a turning I had never considered. I'd go through stages where nothing I thought made sense, because to accept these new ideas meant that there was no hope that Ray and I could stay married. What an awful conclusion.
*
Carol Boltz sounds like a wonderful woman and I intend to read more of her blog which I have linked to mine. The tragedy is that she, Ray, myself, my former wife and so many, many others all end going through such traumas all because the Christianists and prissy old queens at the Vatican cannot accept the fact that God deliberately made some of us LGBT. As for the "ex-gay" ministires, I can think of nothing more dishonest that peddling lies in order to demonize others and shake down money from the ignorant and vulnerable.
Posted by Michael-in-Norfolk at Friday, December 12, 2008

Dear Michael,
Thanks so much for reading, commenting on, and mentioning my blog in yours. I will definitely be reading more of yours, and look forward to all of it.

One of the ways that I discovered all that I did, was through the links on blogs like http://Peterson Toscano.wordpress.com. It really helps when you read other people's stories, and your writing will lead and help other people, too.

Well, some Catholic priests are there for the spouses and for the person who decides that they are gay or lesbian. The Catholic Church is not perfect, far from it. And on this issue it is really messed up in many ways. But for the most part it is not as messed up as the fundamentalists. The Catholic Church does not particularly endorse the idea that sexuality can be changed, and it does draw a distinction between the orientation, which it does not believe to be sinful, and the acts, which it does unfortunately believe to be sinful. Most priests I know - and I am one - would refuse to marry a couple if one of them indicated they were same sex attracted to a significant degree.