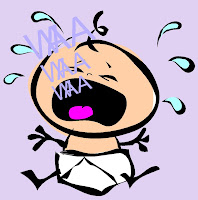 The Los Angeles Times has yet another semi-whining op-ed piece that in places almost asks readers to feel sorry for Mormon extremists who consciously gave money in support of Proposition 8 and who now do not want to take the heat that their contributions have now brought home to roost upon them. Actions have consequences and I hold little sympathy for those who donated money to deprive other citizens of legal civil rights and who are cry babies when they and/or businesses in which they hold management positions end up as targets of boycotts. First, their donations make it clear that they hold the concept of freedom of religion for others in contempt. Second, they are apparently not very bright if they thought that their deeds would never be discovered. That they believe that their excuse of "religious belief" should buy them a free pass is utterly unacceptable. Here are some highlights:
*
For all the complaints (mainly coming from the Yes-on-8 campaign), boycotts against corporations or organizations are a time-honored method of expressing opinions and pushing for social or political change. But in the superheated Proposition 8 debate, this venerable tactic has occasionally been used in ugly ways.
*
[P]ost election boycott efforts by the other side -- defenders of same-sex marriage -- have expanded into a vengeful campaign against individuals who donated to the gay-marriage ban, usually in the form of pressure on their employers. At least two people have resigned from their jobs and a third is considering it, including the artistic director of a stage company in Sacramento and a manager at an L.A. eatery. . . . there's nothing to cheer about when private individuals are afraid to donate to the political campaigns of their choice because it may cost them their livelihood.
*
Owners and officers of companies aren't just private individuals; they must accept that their political actions will reflect on the organizations they head and act accordingly. But a heated debate about a basic right -- in this case, the right to marry whom one chooses -- must also consider the rights of citizens to vote and donate without intimidation.
Posted by Michael-in-Norfolk at Wednesday, December 10, 2008