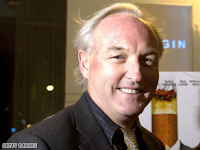 I just recently did a post on the announcement by Christopher Buckley (pictured a left), the son of National Review founder, William F. Buckley, Jr., that he intended to vote for a Democrat for the first time in his life by voting for Barack Obama. Not only is Christopher Buckley the son of the founder of National Review, a conservative new magazine bastion, but he was himself a contributing columnist to the magazine. But not any more. Buckley announced today that he has resigned from National Review. Here are highlights from CNN's coverage of his announcement:
*
(CNN) — Christopher Buckley, the son of conservative icon William F. Buckley, said Tuesday he's resigned from the conservative National Review days after endorsing Barack Obama's White House bid, among the most powerful symbols yet of the conservative discontent expressed this election cycle.
*
In an online column, Buckley said he had decided to offer his resignation from the magazine his father founded after hundreds of readers and some National Review colleagues expressed outrage he was backing the Illinois senator. "While I regret this development, I am not in mourning, for I no longer have any clear idea what, exactly, the modern conservative movement stands for," Buckley wrote.
*
"Eight years of 'conservative' government has brought us a doubled national debt, ruinous expansion of entitlement programs, bridges to nowhere, poster boy Jack Abramoff and an ill-premised, ill-waged war conducted by politicians of breathtaking arrogance. As a sideshow, it brought us a truly obscene attempt at federal intervention in the Terry Schiavo case," he also wrote.
*
Buckley expressed disappointment the magazine, and conservatives in general, were not more open to dissenting opinions that his own father once championed. My father in his day endorsed a number of liberal Democrats for high office, including Allard K. Lowenstein and Joe Lieberman," he said, adding later, "My point, simply, is that William F. Buckley held to rigorous standards, and if those were met by members of the other side rather than by his own camp, he said as much."
*
Buckley is only the latest among several prominent conservative to express dissatisfaction with McCain and his running mate Sarah Palin. David Brooks, Kathleen Parker, David Frum, Peggy Noonan, and George Will, all high-profile conservative thinkers, have each openly criticized the ticket over the last month.
Posted by Michael-in-Norfolk at Tuesday, October 14, 2008