Down-Ballot Democrats Distance Themselves from Sanders 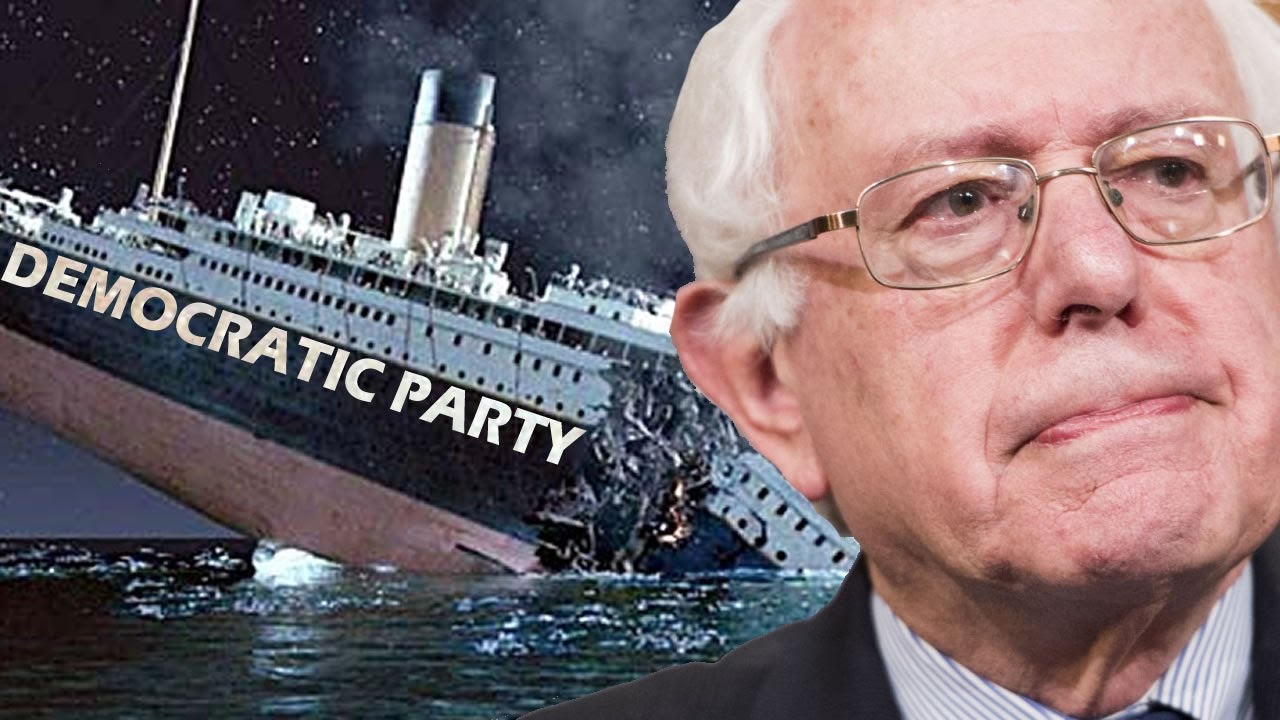 With Bernie Sanders' strong showing in Nevada, it seems Democrats are poised to do what Virginia Republicans did for years and which left them completely out of power in Virginia: they nominated candidates that were the darlings of the extremists of the party base but who were viewed as toxic by mainstream voters.  If Bernie Sanders turns out to be the Democrat nominee, I fear that another four years of the nightmare of Donald Trump is virtually guaranteed.  Worse yet, Sanders may drag down many down ballot candidates and cause Democrats to lose seats both in Congress and also in countless state races across the country. While Sanders supporters - who strike me as being just as fanatical as Trump's MAGA supporters  - are blind to this reality, many down-ballot Democrats are seeing the hand writing on the wall and trying to distance themselves from Sanders as vigorously as possible. As for Sanders himself, the man strikes me as just as filled with egomania and a "my way or the highway" mindset as Trump.  He is a catastrophe who will do incalculable damage to the Democrat Party. A piece in the Washington Post looks at these totally justified efforts. Here are article highlights:

Former astronaut Mark Kelly, the Democratic Party’s hope for flipping a U.S. Senate seat in Arizona, tried to do no harm this month when he was asked about Sen. Bernie Sanders. “I will ultimately support who the nominee is of the Democratic Party,” he said.

That was enough for Kelly’s Republican rival, Sen. Martha McSally (R-Ariz.), who is trailing him in early polls, to go on the attack. The television spot she debuted days later spent nearly as much time talking about plans by the democratic socialist from Vermont to raise taxes and award new benefits to undocumented immigrants as it did about Kelly.

As Sanders builds what could eventually be an insurmountable delegate lead, many Democratic House and Senate candidates are approaching a dramatic shift in their campaigns, as they recalibrate to include praise of capitalism and distance themselves from the national party. Top campaign strategists from both parties view Sanders’s success as a potentially tectonic event, which could narrow the party’s already slim hopes of retaking the Senate majority and fuel GOP dreams of reclaiming the House, which it lost amid a Democratic romp in 2018.

“Donald Trump is going to offer the American people this choice: Do you want to continue building the economy or do you want to lurch toward socialism? And that is a real powerful argument in the Democratic districts that Trump won in 2016.”

With an emphatic victory in Saturday’s Nevada caucuses, Sanders has won two of the first three contests, and lost the third — the Iowa caucuses — in a squeaker.

Because of Democratic rules that give no delegates to candidates who scores less than 15 percent of the vote in a state or congressional district, Sanders could build a delegate lead far greater than his advantage in the popular vote.

If Democrats are awakening to a recognition that Sanders could pull away from the rest of the field, there is far less consensus about whether his nomination will help President Trump win reelection. Sanders’s power to turn out young and blue-collar voters or suburbanites is not fully tested, the ceiling of Trump’s support is poorly defined in a two-way race and the senator from Vermont has not yet been subjected to a negative paid advertising effort.

But there is far less flexibility for candidates in smaller districts. That has prompted Republicans to celebrate as they look to reclaim ground they lost in 2018 when largely affluent suburbs rebelled against the GOP in a protest of Trump.

“The Democrats’ embrace of socialism is going to cost them their majority — I mean, it’s as simple as that,” said Rep. Tom Emmer (R-Minn.), chairman of the National Republican Congressional Committee. “Bernie is about as good a contrast as we could have ever hoped for.” Democrats, particularly those representing swing districts, agree.

“We flipped those seats [in 2018] because of Donald Trump,” said one House Democrat who represents a suburban district, speaking on the condition of anonymity to reflect internal discussions. “And if Democrats want to hand most of those back, put Bernie at the top of the ticket. And that’s how many of us feel.”

The House member added: “Our overarching priority [is] to replace the president, but to do so with someone who is going to be equally divisive does not serve the country’s interests, and I think that’s at the core of what is making so many so uncomfortable.”

Several of Sanders’s rivals have begun to warn about a potential down-ballot rout. They have raised particular concern about Sanders’s support for a Medicare-for-all plan, which would effectively eliminate private health insurance in the United States.

The leading Democratic candidates running for the four most vulnerable Republican Senate seats — in Arizona, North Carolina, Maine and Colorado — have all come out against Sanders’s signature health care plan, as have many House candidates.

“I believe the only way to truly deliver any of the progressive changes we care about is to be a nominee who actually gives a damn about the effect you are having, from the top of the ticket, on those crucial, front-line House and Senate Democrats running to win, who we need to win, to make sure our agenda is more than just words on a page,” former South Bend, Ind., mayor Pete Buttigieg said Saturday in Las Vegas.

The moderate think tank Third Way has urged the presidential candidates to train their fire on Sanders at Tuesday’s South Carolina debate, issuing a memo that cites a recent Gallup survey that found 51 percent of independents would not vote for a self-described socialist for president.

A Washington Post-ABC News Poll this week found that Sanders had the worst standing against Trump among college-educated white women, the group most responsible for powering Democrats to their 2018 House majority. Sanders had a statistically insignificant two percentage-point edge over Trump among white women voters with college degrees in the poll, compared with Buttigieg, Biden, Bloomberg and Sen. Amy Klobuchar (D-Minn.), who all beat Trump by 10 points or more among that the same group.

“It feels like we are moving to almost a parliamentary system where voters are voting straight ticket,” said Republican pollster Neil Newhouse, who has found in recent polling that Trump is significantly more popular than Sanders in competitive House races. “Sitting back and watching the Democrats and their primary is an extraordinary experience, and I am glad it’s not us.”

I am in horror of what is happening and all I can do is play Cassandra and donate to opposing candidates - something I urge others to do as well starting right now.  Sanders must be stopped if a disaster is to be averted.
Posted by Michael-in-Norfolk at Sunday, February 23, 2020