How Sanders and His Base Alienate Voters 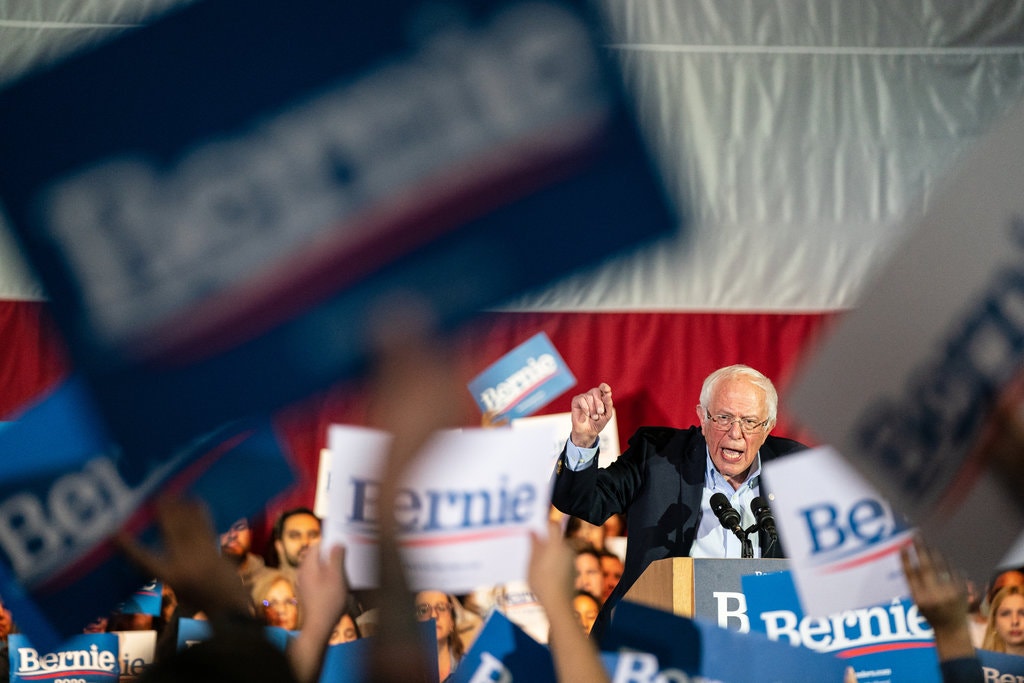 When not upsetting Democrats and aiding GOP talking points with remarks that sound at least partly supportive of Castro's Cuba and and inability to state what his signature "Medicare for All" program would cost, Bernie Sanders- and his more strident supporters -  is also alienating needed voters with what might be described as an arrogant purity test that gives no ground to other views and suggests that those not in agreement are somehow morally deficient.  It's as if one must either fully embrace Sanders' most extreme views and policies or somehow be classified as a right wing Republican in disguise. The result is that many simply do not like the man - I for one do not and see his ego as toxic as Trump's just in a different way - and it could cost Sanders (and Democrats, if he ends up being the nominee) dearly.  It is a dangerous tactic to believe that hatred of Trump alone will be enough to force Democrats, independents and what's left of liberal Republicans to all vote for Sanders if he is the Democrat nominee (even though he is not a Democrat except when convenient). A piece in the New York Times looks at this damaging phenomenon.  Here are column highlights:

The last four presidents — Bill Clinton, George W. Bush, Barack Obama and Donald Trump — are four very different politicians. But they have one crucial similarity: They all tried to appeal to voters who weren’t obvious supporters.

The art of peeling off voters — those in the middle or those who aren’t ideological — may be the most important skill in politics. It doesn’t require a mushy centrist policy agenda, either.

[P]olitics is inescapably performative. Voters respond to signals. They respond to gestures of respect from politicians who are willing to say, in effect: We may not agree on everything, but I see you and understand what matters to you.

The newly energetic American left has largely rejected this approach, choosing instead to believe a comforting myth about swing voters being extinct and turnout being a cure-all. It’s a big mistake.

[T]he left is hurting its own ability to win elections and enact sweeping change, by insisting on an orthodox version of progressivism.

To put it another way: Can you think of one way that Bernie Sanders is signaling respect to voters outside of his base?

Sanders has evidently decided that progressives will no longer accept impurities — or even much tactical vagueness. He, along with Elizabeth Warren, has embraced policies that are popular on the left and nowhere else: a ban on fracking; the decriminalization of border crossings; the provision of federal health benefits to undocumented immigrants; the elimination of private health insurance.

For many progressives, each of these issues has become a moral litmus test. Any restriction of immigration is considered a denial of human rights. Any compromise on guns or health care is an acceptance of preventable deaths.

And I understand the progressive arguments on these issues. But turning every compromise into an existential moral failing is not a smart way to practice politics. It comforts the persuaded while alienating the persuadable.

F.D.R. and Reagan understood this, as did Abraham Lincoln and many great social reformers, including Frederick Douglass, Jane Addams, Martin Luther King Jr. and Cesar Chavez. Strong political movements can accept impurity on individual issues in the service of a larger goal: winning.

But progressives are still a very long way from achieving the changes they seek. Republicans control the Senate, and a conservative majority runs the Supreme Court. Trump has an excellent chance to win re-election and usher in a dark era for American progressivism.

Faced with the potential of either large gains or historic losses, progressives would be wise to stop believing only what they want to believe. Don’t cherry-pick polls to claim that most Americans actually favor a ban on private insurance. Don’t imagine that millions of heretofore silent progressive supporters will materialize on Election Day. In the 2018 midterms, Sanders-style candidates lost swing districts, while candidates demonstrating respect to swing voters won again and again.

Beating Trump in November will be even harder. And uncomfortable compromises will make it more likely.

For Sanders, that may mean walking back his position on fracking, which threatens his chances in must-win Pennsylvania. It could also mean repeating some of his earlier arguments about the need for border security and immigration restrictions. Many working-class voters, including people of color, agree with that.

Posted by Michael-in-Norfolk at Monday, February 24, 2020