Spare Me the Progressive Purity Police 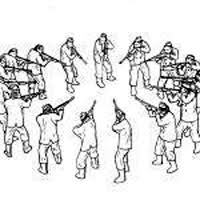 Like many, I fear that the left of the Democrat Party will alienate moderate voters and intentionally or not re-elect Donald Trump in 2020 - a result that will guarantee policies and agendas that are the exact opposite of what these "purity" police claim to want. Elections are about winning and achieving the possible as opposed to unreachable goals.  Sometimes incremental change proves possible while massive change proves impossible. Yes, complete, full instant gratification is sublime, but if you cannot win over the middle, you will end up with nothing.  A column in the New York Times by Maureen Dowd makes this point and issues a warning that Democrats need to heed in the run up to 2020 if a circular firing squad is to be avoided.  Here are excerpts:


WASHINGTON — After I interviewed Nancy Pelosi a few weeks ago, The HuffPost huffed that we were Dreaded Elites because we were eating chocolates and — horror of horrors — the speaker had on some good pumps.

Then this week, lefty Twitter erected a digital guillotine because I had a book party for my friend Carl Hulse, The Times’s authority on Capitol Hill for decades, attended by family, journalists, Hill denizens and a smattering of lawmakers, including Pelosi, Chuck Schumer and Susan Collins.

I, the daughter of a D.C. cop, and Carl, the son of an Illinois plumber, were hilariously painted as decadent aristocrats reveling like Marie Antoinette when we should have been knitting like Madame Defarge.

If the Democratic Party is going to be against chocolate, high heels, parties and fun, you’ve lost me. And I’ve got some bad news for you about 2020.

The progressives are the modern Puritans. The Massachusetts Bay Colony is alive and well on the Potomac and Twitter.  They eviscerate their natural allies for not being pure enough while placing all their hopes in a color-inside-the-lines lifelong Republican prosecutor appointed by Ronald Reagan.  The politics of purism makes people stupid. And nasty.

My father stayed up all night the night Truman was elected because he was so excited. I would like to stay up ’til dawn the night a Democrat wins next year because I’m so excited to see the moment when the despicable Donald Trump lumbers into a Marine helicopter and flies away for good.

But Democrats are making that dream ever more distant because they are using their time knifing one another and those who want to be on their side instead of playing it smart.

House Democrats forced Robert Mueller to testify, after he made it clear that he was spent and had nothing to add to his damning yet damnably legalistic, double-negative report, because they were hoping the hearings would jump-start howls for impeachment. . . . I never want to hear about the “O.L.C. opinion” again.The Republicans were impressively craven and hypocritical. They are sticking with Trump, and no pallid reminder of his turpitude, his trellis of obstructions and his unpatriotic embrace of foreign interference in our elections, will change that.

The recipe for emotional satisfaction on the part of the progressive left is not a recipe for removing Trump from the White House.  The argument about whether Trump is impeachable is the wrong argument. Mueller settled that. We know Trump did things worthy of impeachment. That is not the question we should be asking. The question is: Should he be impeached?

The progressive Puritans think we must honor the Constitution and go for it because it’s the right thing to do. . . .The attempt to impeach Trump is one of the rare cases in which something obviously justified is obviously stupid.

Unbelievably, Pelosi — long a G.O.P. target for her unalloyed liberalism — is derided by the far left for her pragmatism. But she has been through enough Washington wars to know that idealism, untempered by realism, is dangerous.

An impeachment could return Trump to power. The highchair king from Fifth Avenue would exult in his victimhood and energize his always-ready-to-be aggrieved followers.

It could also lead to Democrats losing the House as their moderates fall and help Republicans hold the Senate. No Republicans would vote for impeaching Trump and some Democrats might refuse as well. Even if the House acted, Mitch McConnell would smother it in the Senate, just like he did Merrick Garland.

It’s better to pull out Trump by the roots in the election and firmly repudiate him. The Democrats should focus on the future, not the benighted past that we have been relegated to under Trump.

once again, i entreat you to please identify this fringe of the democratic party that you keep referring to as "the left."

i'd really like to know what you really consider to be "the left."

because, seriously, the so-called "left" of the democratic party is fighting for affordable healthcare for all, affordable schools, colleges and universities for all, combating climate change, full parity for marginalized groups and increasing green technologies.

if you're so opposed to "the left" are you really opposed to those issues i brought up in my last paragraph?