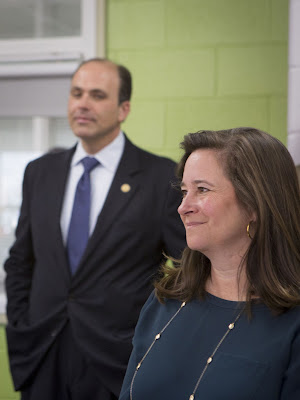 The continuing saga of the 94th District race appears to be headed for further delays as Democrat Shelly Simonds has petitioned the Newport News Circuit Court to reconsider its decision to award a vote to her Republican opponent even though the ballot had BOTH candidates marked.  One would think that the ballot should have been thrown out completely rather than awarded on a subjective analysis of what the voter might have intended.   In truth, the individual casting the vote should have asked for a new ballot.  The larger lesson is that voters need to get to the polls, especially those in the Democrat base.  The Virginian Pilot looks at the continuing saga.  Here are excerpts:

Democrat Shelly Simonds says elections officials didn’t follow procedure in a recount that could swing the balance of power in the House of Delegates, and she will ask a court to declare her the winner of the 94th District race, according to court documents she plans to file Wednesday.

The winner – either Simonds or Republican Del. David Yancey – was to be determined by a drawing at 11 a.m. in Richmond. After Simonds’ comments Tuesday, it was postponed.

Simonds will ask the Newport News Circuit Court to reconsider the decision to count one disputed ballot in Yancey’s favor last week and name her the winner.

Simonds’ team planned to ask that the drawing be delayed and for an expedited decision from the court.

“While our planned drawing for tomorrow was in full compliance with the Code of Virginia, neutral election administrators should not be choosing election winners — or influencing the next Speaker of the House,” State Board of Elections Chairman James Alcorn said Tuesday via Twitter. The drawing is a last resort, he said, and any concerns regarding the election or recount should be resolved before it takes place.

“This will best serve the voters of HD94 and the rest of the Commonwealth,” he said.

After the Nov. 7 election, Yancey led Simonds by 10 votes. She requested a recount, which resulted in a win by one vote for her. The morning those results were supposed to be certified, Yancey’s lawyers showed the court a ballot they thought should be counted.
On it, the voter filled in both candidates’ bubbles. Simonds’ bubble had a single diagonal slash mark through it. It originally was not counted for either candidate.

Under Virginia law, Simonds’ filing says, votes in a recount can only be redetermined once.

In all, the ballot in question has been reviewed three times, according to the filing.  “This really breaks the recount process in Virginia if this precedent stands,” said Simonds’ lawyer, Ezra Reese.

Posted by Michael-in-Norfolk at Wednesday, December 27, 2017

The ballot scanners used in Boston -- and presumably a number of other locales -- will instantly reject ballots with "overvotes," votes for too many candidates, when the voter tries to insert it, giving the voter the chance to get a fresh ballot. Should the voter still insist on casting an invalid ballot, it CAN be done, but it won't be counted for whatever position is over-voted.