Hope for 2018 Despite Trump and an Annus Horribilis 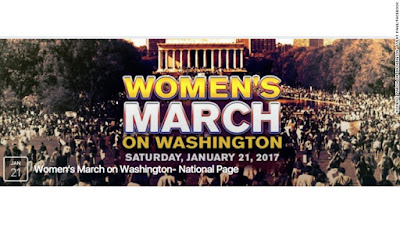 The hypocrisy-filled Catholic Archbishop of Sydney, Australia, described 2017 as “annus horribilis” because of euthanasia laws in Victoria, the exposure of child sexual abuse in the Catholic church, and the legalization of same-sex marriage (for Fox News viewers, "annus horribilis" means horrible year.)  Here in America sane, rational and moral Americans likewise largely view 2017 as an annus horriblis thanks to Der Trumpenführer presence in the White House and a Republican controlled Congress that shows less spine and concern for American values of decency than the Roman senate under Augustus Caesar did for at least maintaining the traps of the Roman Republic.  Yet, despite the depressing year, there may be hope that America can clean its house and attempt to restore what has been lost.  A column in the New York Times looks at all the bad that has transpired but also why there is still cause for hope.  Once again, Virginia's election results are seen as one of the beacons of hope.  Here are column highlights:

Many of us came into 2017 expecting the worst. And in many ways, the worst is what we got.  Donald Trump has been every bit as horrible as one might have expected; he continues, day after day, to prove himself utterly unfit for office, morally and intellectually. And the Republican Party — including so-called moderates — turns out, if anything, to be even worse than one might have expected. At this point it’s evidently composed entirely of cynical apparatchiks, willing to sell out every principle — and every shred of their own dignity — as long as their donors get big tax cuts.

Meanwhile, conservative media have given up even the pretense of doing real reporting, and become blatant organs of ruling-party propaganda.

Yet I’m ending this year with a feeling of hope, because tens of millions of Americans have risen to the occasion. The U.S. may yet become another Turkey or Hungary — a state that preserves the forms of democracy but has become an authoritarian regime in practice. But it won’t happen as easily or as quickly as many of us had feared.

Early this year the commentator David Frum warned that the slide into authoritarianism would be unstoppable “if people retreat into private life, if critics grow quieter, if cynicism becomes endemic.” But so far that hasn’t happened.

What we’ve seen instead is the emergence of a highly energized resistance. That resistance made itself visible literally the day after Trump took office, with the huge women’s marches that took place on Jan. 21, dwarfing the thin crowds at the inauguration. If American democracy survives this terrible episode, I vote that we make pink pussy hats the symbol of our delivery from evil.

And in case anyone wondered whether the vocal anti-Trump crowds and Trump’s hugely negative polling would translate into political action, a string of special elections — capped by a giant Democratic wave in Virginia and a stunning upset in Alabama — has put such doubts to rest.

Let’s be clear: America as we know it is still in mortal danger. Republicans still control all the levers of federal power, and never in the course of our nation’s history have we been ruled by people less trustworthy.

This obviously goes for Trump himself, who is clearly a dictator wannabe, with no respect whatsoever for democratic norms. But it also goes for Republicans in Congress, who have demonstrated again and again that they will do nothing to limit his actions.

The worse things look for Trump, the more closely Republicans tie themselves to him. . . . . And the growing evidence that the Trump campaign colluded with Russia doesn’t seem to have induced any prominent Republicans who weren’t already anti-Trump to take a stand. Instead, we’ve seen erstwhile critics like Lindsey Graham become obsequious toadies promoting Trump properties.  So we can’t count on the consciences of Republicans to protect us.

So it’s going to be up to the American people. They may once again have to make themselves heard in the streets. They’ll certainly have to make their weight felt at the ballot box.  It’s going to be hard, because the game is definitely rigged. Remember, Trump lost the popular vote but ended up in the White House anyway, and the midterm elections will be anything but fair.

And even if voters rise up effectively against the awful people currently in power, we’ll be a long way from restoring basic American values. Our democracy needs two decent parties, and at this point the G.O.P. seems to be irretrievably corrupt. . . . it’s going to take a long struggle to turn ourselves back into the nation we were supposed to be. Yet I am, as I said, far more hopeful than I was a year ago. America is not yet lost.

Posted by Michael-in-Norfolk at Tuesday, December 26, 2017