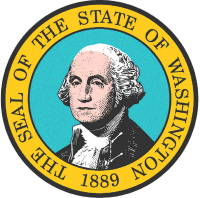 One thing that is striking about anti-gay hate groups is their reluctance to disclose the identities of their donors as required by campaign finance disclosure laws. I'm not sure if the refusal to obey the law stems from (i) open arrogance and a mindset that the Christianists are above the law, (ii) cowardice on the part of donors who don't have the integrity to publicly stand behind their hate-filled convictions, or (iii) an effort to hide the fact that the source of funding in reality flows only from a small handful of individuals. Perhaps it's a mix of all three, although my money is on option (iii) based on some of the information that has come out indicating that the National Organization for Marriage is largely funded by a dozen big donors and that it is anything but the grassroots organization it pretends to be. In any event, the U. S. Court of Appeals for the Ninth Circuit has told Family Policy Institute of Washington - an affiliate of Focus on the Family and the Family Research Council and also linked to National Organization for Marriage - that they can’t hide the identity of donors to their political action committee “Family PAC“. This statement from Pam's House Blend sums up how these hate groups seek to operate:

They want to lurk in the shadows and attack LGBT families in secret, but the Constitution penned by our Founding Fathers and the laws passed under its authority mandate sunshine.

These "family values" organizations have about as much integrity as organized crime rings or the Klu Klux Klan and are probably even less truthful given their constant dissemination of deliberately false information about LGBT individuals and false claims that the "religious freedom" of Christianists is being threatened. Here are additional highlights from Pam's House Blend:

Washington’s Pulbic Disclosure Law and related code requires political committees to disclose the names and addresses of contributors giving more than $25, and in addition the occupations and employers of contributors giving more than $100. FPIW alleged that these laws are unconstitutional because potential donors to Family PAC “have indicated that they are unwilling to donate if Family PAC is required to report their name and address.” They offered no evidence to back up that claim, however.

In their opinion yesterday the Court of Appeals concluded that “the requirements impose only modest burdens on First Amendment rights, while serving a governmental interest in an informed electorate that is of the utmost importance.” That important governmental interest is in “allowing voters to ‘follow the money‘ behind ballot measures”.

FPIW is an affiliate of Focus on the Family and the Family Research Council and is linked to National Organization for Marriage. NOM has been a major donor to FPIW’s past efforts. FPIW believes that “discrimination is not only appropriate, it is necessary for survival” and created Family PAC in 2009 to help finance anti-gay ballot measures. Family PAC’s campaign manager and treasurer is FPIW’s executive director Joseph Backholm.

Kudos to the 9th Circuit. My question is, when will the folks at FPIW begin to be criminally prosecuted if they continue to refuse to comply with the law? Nothing warms my heart more than the thought of these spineless thugs behind bars.
Posted by Michael-in-Norfolk at Saturday, December 31, 2011