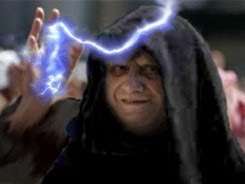 The hypocrisy of the Roman Catholic Church hierarchy truly has few rivals. For those who don't have their heads buried deeply in the sand, it ought to be common knowledge that Pope Benedict XVI and his predecessors and their servile sycophants in the lower hierarchy had a formal policy of protecting predatory priest who preyed on children and youths. Moreover, around the world, the Catholic Church is aggressively pushing an anti-gay agenda that, given the world's estimated 7 billion population means that conservatively, the Church has declared war on the civil rights and lives of some 210 million individuals. Yet, Benedict XVI still has the audacity to issue a Christmas message calling for peace in the world and a respect for human dignity. It's truly a case of do as I say and not as I and my henchmen do in terms of implementing what can only be described as a totally disingenuous message. CNN looks at Benedict XVI's meaningless blather. Here are highlights:

The speech, called "Urbi et Orbi" in Latin, came a day after the pope delivered a homily that focused on the "essence" of the holiday rather than the "commercial celebration" it has become.

"Today Christmas has become a commercial celebration, whose bright lights hide the mystery of God's humility, which in turn calls us to humility and simplicity," the pope said during Mass on Christmas Eve. "Let us ask the Lord to help us see through the superficial glitter of this season, and to discover behind it the child in the stable in Bethlehem, so as to find true joy and true light."

The pope started off Saturday's celebrations by lighting a peace candle in the window of his study during the unveiling of a larger-than-life Nativity scene in St. Peter's Square. The scene, at 23 feet high and 82 feet wide, is dedicated to the Virgin Mary, according to the Vatican's news agency.

Thousands poured into the square and St. Peter's Basilica ahead of the midnight Mass, which was actually held at 10 p.m. this year. Before his homily, the aging pontiff rode down St. Peter's long aisle on a wheeled platform, waving to worshippers.

Humility and simplicity? Not from the Vatican that is infused with a level of hubris and arrogance that would make the Pharisees of the Gospels blush. As with the "godly Christians" at Rossville Christian Academy, the Vatican has increasingly become a driving force for what is wrong in the world. Benedict XVI's only true gods are power, control of others, and of course, money. Jesus would be appalled at what is done in his name by his nominal followers.
Posted by Michael-in-Norfolk at Sunday, December 25, 2011