Obama and Afghanistan - Torture and Horrors in the Field Continue 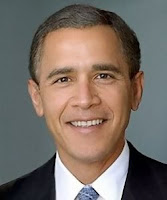 I have been appalled by the manner in which the Obama administration - despite Obama's campaign rhetoric - has more or less allowed all of the misdeeds (dare we say war crimes) prevalent under the rule of the Chimperator and Emperor Palpatine Cheney to largely continue. This sad reality does much to destroy Obama's credibility in my eyes and in the eyes of others and also raises serious questions of morality. While Obama tries to continue to play cute with his stance on social issues in frequent appeasement of the Christianists - e.g., his position of gay marriage and rampant Christianist activities in the military - the reality is that many of the crimes and denigration of civil rights that occurred under Bush/Cheney continue unabated. A post on America Blog reviews portions of a speech given by award-winning investigative journalist Seymour Hersh in January 2011, as reported in Foreign Policy magazine. Much of it is not pretty and I can only believe that U.S. actions are creating future generations with strong anti-American beliefs. The opportunity to change things in Afghanistan - if it ever existed - has long passed and we do damage with each day the USA remains an occupying force in the nation. Here are highlights:
*
In any case, Obama did abdicate, very quickly, any control, I think right away, to the people that are running the war, for what reason I don't know. I can tell you, there is a scorecard I always keep and I always look at. Torture? Yep, still going on. It's more complicated now the torture, and there's not as much of it. But one of the things we did, ostensibly to improve the conditions of prisoners, we demanded that the American soldiers operating in Afghanistan could only hold a suspected Taliban for four days, 96 hours. If not... after four days they could not be sure that this person was not a Taliban, he must be freed.
*
So what happens of course, is after three or four days, "bang, bang" -- I'm just telling you -- they turn them over to the Afghans and by the time they take three steps away the shots are fired. And that's going on. It hasn't stopped. It's not just me that's complaining about it. But the stuff that goes on in the field, is still going on in the field -- the secret prisons, absolutely, oh you bet they're still running secret prisons.
*
There's still an enormous amount of whacking going on right now. What happened is after McChrystal ran into trouble and he was replaced, Petraeus took over the war, General Petraeus -- they call him King David, David Petraeus -- and he has done this in the last 6, 8 months; He has doubled up on the nightly , nightly assassinations. He's escalated the bombing. He's gotten much tougher. His argument is: Let's squeeze them, let's bomb ‘em, let's hit ‘em, and then of course they'll be open to negotiation.
*
[T]he Joint Special Operations Command -- JSOC it’s called. . . . "Congress has no oversight of it. It’s an executive assassination ring essentially, and it’s been going on and on and on.
*
"We're going to change mosques into cathedrals." That's an attitude that pervades, I'm here to say, a large percentage of the Special Operations Command, the Joint Special Operations Command and Stanley McChrystal, the one who got in trouble because of the article in Rolling Stone, and his follow-on, a Navy admiral named McRaven, Bill McRaven -- all are members or at least supporters of Knights of Malta. McRaven attended, so I understand, the recent annual convention of the Knights of Malta they had in Cyprus a few months back in November. They're all believers -- many of them are members of Opus Dei. They do see what they are doing -- and this is not an atypical attitude among some military -- it's a crusade, literally.
*
Go to the full piece for more of this scary and disturbing information. It's clearly not stuff that would make one proud to be an American.
Posted by Michael-in-Norfolk at Thursday, March 17, 2011