What more needs to be said about the hypocrisy of Senator Larry Craig being a sponsor of a re-cast Federal Marriage Amendment than wht is in this "ad." Would that the GOP actually was a party of ideas and vision for the future instead of slavishly pandering to the most lunatic elements of the Christianists. 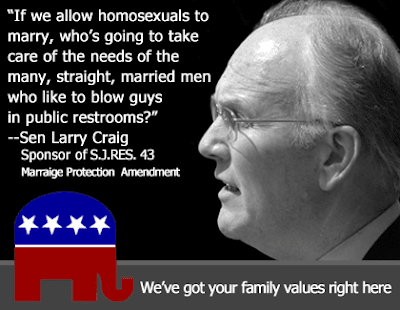