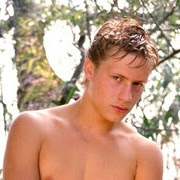 According to a release sent to JRLChartsOnline.net, the automaker claimed in its letter to Grangier that the name Lexus is a trademark of Toyota Motors Sales USA., Inc., and by using Lexus in connection with adult films, Eboys Studio is in violation of § 43 (c) of the Federal Trademark Act, 15 U.S.C. § 1125(c) and tarnishes Toyota’s business reputation.
Toyota is demanding that Eboys Studio (1) immediately and permanently cease all use of the name Lexus in connection with adult films (2) immediately de-list the 2 DVDs from the company’s official website EboysStudio.com and its affiliates (3) immediately remove all DVD packaging displaying the name of Lexus (4) Eboys Studio should ensure these films are no longer advertised and sold by Eboys Studio’s Customers. Grangier, who says his SpunkLand star selected his stage name in reference to the Greek god Lexus and not the Toyota-produced luxury vehicle.
Posted by Michael-in-Norfolk at Sunday, December 09, 2007

So is Toyota going to sue the Greek god Lexus? Or should it be the god suing Toyota? I think the god came first (pun unintentional but pretty good, nevertheless).