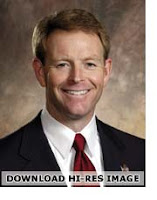 In his December 10, 2007, FRC Action Alert Update which can be seen here: http://www.boxturtlebulletin.com/btb/wp-content/uploads/2007/12/frcactionemail.png, Tony (Mr. Friend of the KKK) Perkins at Family Research Council goes on a rant about the "secular media" and its treatment of Mike Huckabee and other issues. Then he makes this statement concerning the Sunday shootings in Colorado:
An Assault On Faith: It is hard not to draw a line between the hostility that is being fomented in our culture from some in the secular media toward Christians and evangelicals in particular and the acts of violence that took place in Colorado yesterday. But I will say no more for now other than that our friends at New Life Church and YWAM are in our thoughts and prayers.
As we have seen so far, the shooter grew up in a reportedly very religious "Christian" family, was home schooled as many Chrisitianist prefer so that their children are not contaminated by public education, and had attended for a time Youth With A Mission's training program until he was kicked out. In fact, increasingly it looks like his rejection by Youth With A Mission and perhaps its members was the motivation for the deadly killing spree. Thus it seems difficult to see where the "secular media" had any hand in the tragedy. Oh, but wait. Perkins and FRC never let the truth and real facts get in the way of spreading lies to incite their sheep like followers. That's why Jim Burroway created the LaBarbera Award in honor of Christianists who come up with the most outlandish, untrue propaganda.
For those who do not know, the LaBarbera Award is named for Peter LaBarbera a/k/a Porno Pete who is hysterically anti-gay, puts out huge amounts of untruths and has a strange habit of regularly attending gay leather and bondage events and taking tons of photos allegedly for "research." LaBarbera graduated from the University of Michigan with a B.A. in Political Science in 1985, but basically claims expertise in medicine, mental health, biology and genetics since he thinks he knows more than professionals with real credentials in those fields. On the website of his latest organization - he has made a career out of bashing gays and has moved from one extreme organization to another - he lists his varied positions with wingnut organizations (http://www.americansfortruth.com/about/) but interestingly enough omits any reference to his work at Kerusso Ministries with fallen ex-gay Michael Johnston. I wonder why. :)
Posted by Michael-in-Norfolk at Tuesday, December 11, 2007