Why America Needs to Have a Woman President 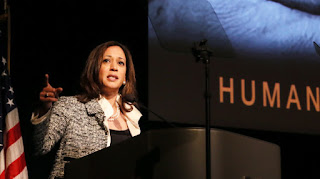 Monday was International Women's Day when women are honored for their achievements and all they do, yet in the USA women are still not fully equal under the law thanks to the Equal Rights Amendment not having been added to the U.S. Constitution.  Likewise, despite liking to see it self as the most advanced of countries, America has never had a female president despite study findings that women, in my view. make better legislators and leaders:  female legislators and leaders are more likely to find common ground with adversaries, advance health and welfare legislation, and avoid violent conflict. Obviously, there are exceptions, especially on the Republican side of the aisle such as science denying South Dakota Gov. Kristi L. Noem.  2024 may be the year that America has the opportunity to elect a woman president as noted in a column in the Washington Post by a former Republican.  Here are highlights:

International Women’s Day, celebrated Monday, reminds us of how far the United States has come — and how far it still has to go.

That’s an impressive record, but there is an obvious omission at the top that needs to be rectified: The United States remains among the two-thirds of countries that have never had a woman in charge.

That is particularly striking because of how well so many women have done in power. German Chancellor Angela Merkel is the longest-serving leader in the European Union and was seen as the world’s most trusted leader in a Pew Research Center survey in September because of how skillfully she has navigated crises, including a massive influx of immigrants from the Middle East and the outbreak of covid-19. Her leadership was especially important during the past four years, when the United States, under President Donald Trump, ceased to lead the West.

Being a woman is no guarantee of competence, but my Council on Foreign Relations colleagues Rachel B. Vogelstein and Alexandra Bro, who compile its Women’s Power Index, point to research showing that female legislators and leaders are more likely to find common ground with adversaries, advance health and welfare legislation, and avoid violent conflict. “One study found,” they write, “that when women’s parliamentary representation increases by 5 percent, a country is almost five times less likely to respond to an international crisis with violence.”

We had our chance to elect a woman as president in 2016 — and we blew it. Not electing Hillary Clinton, a moderate, competent candidate, was one of the worst blunders in U.S. history. Odds are that, if Clinton had won, a lot of victims of covid-19 would still be alive. (The British medical journal the Lancet attributed 40 percent of U.S. coronavirus deaths to Trump’s “inept” response, while other studies suggest that female leaders did better at dealing with covid-19 than male counterparts.)

We are likely to have another opportunity to elect a woman as president in 2024. While there are two potential Republican contenders — former United Nations ambassador Nikki Haley and South Dakota Gov. Kristi L. Noem — the most likely woman, by far, to win the presidency is Vice President Harris. . . . . because Joe Biden, already the oldest U.S. president in history, will be 82 in 2024. He has previously spoken of himself as a “transition candidate” and signaled that he would serve only one term.

[I]t’s imperative that Harris acquire the stature and experience not only to win the next race but also to govern effectively. That’s especially important given the likelihood that Republicans will nominate either Trump or a Trump mini-me. America can’t survive another four years of Trumpism. Helping Harris get ready for the presidency, therefore, may be Biden’s most important job, beyond responding to immediate crises such as the coronavirus and global warming.

That’s why I was delighted to read a report from my Post colleague Olivier Knox that says Harris is taking an active role in foreign policy, including meeting regularly with the secretaries of state and defense, becoming a “vocal participant” in policy discussions regarding Iran and Saudi Arabia, and calling world leaders on her own. National security policy is the most important part of the president’s portfolio, but it is an area where Harris, a former attorney general of California and U.S. senator, does not have much experience. She has 1,337 days to fill that gap on her résumé and get ready to break the ultimate glass ceiling.