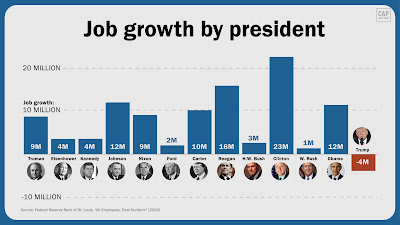 One of the many bizarre things - let's be candid, mentally ill things - about Donald Trump is his hatred for Barrack Obama who is basically everything Trump is not: highly intelligent, moral, concerned about others, not just himself, and made it through eight years in the White House with any major scandals or criminal convictions of members of his campaign/administration.  Also, he is half black which I suspect is the real unpardonable sin in Trump's deeply racist mind, and his is respected by a majority of Americans, unlike Trump.  Thus, there is almost no one better suited to attach Trump's failed regime, especially if the goal is to force Trump to lash out and stray from any semblance of a coordinated campaign effort in the last week of the 2020 campaign.  For his part, I suspect Obama finds Trump immoral and beyond distasteful.  Hence, unlike other past presidents Obama has been campaigning for Joe Biden and reminding Americans of Trump's many failures and moral bankruptcy.  Trump no doubt is seething with rage.  A piece in the Washington Post looks at Obama's attacks which will hopefully create some unforced errors on Trump's part.  Unusual times call for unusual actions by past presidents.  Here are article highlights:

Former presidents generally stay out of the spotlight — particularly when it comes to attacking their successors. No president wants their actions to be second-guessed by those who preceded them. . . . so there’s something of an unwritten rule and a self-reinforcing cycle about how things should be handled.

Barack Obama, though, apparently believes that the moment calls for something else entirely — and he upped the ante significantly Tuesday.

Obama and his wife, former first lady Michelle Obama, have stepped away from this protocol in recent months, particularly at the Democratic National Convention in August, when both went after Trump in very direct ways.

The former president’s speech Tuesday in Orlando moved the ball even farther. Obama seemed to be making a concerted effort to troll the troller-in-chief president. He attacked Trump in very personal ways, his comments often dripping with incredulity. He seemed to want to elicit a reaction from his successor — a reaction he soon got.

“What’s his closing argument? That people are too focused on covid. He said this at one of his rallies: ‘Covid, covid, covid,’ he’s complaining,” Obama said, referring to Trump’s regular gripes about the media’s focus on the coronavirus. “He’s jealous of covid’s media coverage.”

Obama went on, going after Trump for his April comments about whether disinfectants could be injected into people — which Trump maintains were a joke, though at the time his demeanor suggested otherwise.

“Last week, when Trump was asked if he’d do anything differently, you know what he said? He said: Not much, not much. Really?! Not much? You can’t think of anything that you might be doing differently, like maybe you shouldn’t have gone on TV and suggested we might inject bleach to cure covid?” Obama said.

Obama attacked Trump for his recent retweets that suggested a massive conspiracy theory surrounding the killing of Osama bin Laden.

“You’re not going to have to worry about what crazy things they’re going to say, what they’re going to tweet,” Obama said of Democratic presidential nominee Joe Biden and his running mate, Sen. Kamala D. Harris (D-Calif.). He added with particular exasperation about the death of the world’s leading terrorist, which occurred on his watch: “I mean, listen, our president of the United States retweeted a post that claimed that the Navy SEALs didn’t actually kill bin Laden. Think about that. And we act like, ‘Well, okay.’ It’s not okay.

“I mean, we’ve gotten so numb to what is bizarre behavior.”

“Donald Trump likes to claim he built this economy,” Obama said. “But I just want to remind you that America created 1.5 million more jobs in the last three years of the Obama-Biden administration than in the first three years of the Trump administration. That’s a fact; look it up. And that was before Trump could blame the pandemic. He, in fact, inherited the longest streak of job growth in American history, but just like everything else he inherited, he screwed it up.”

Obama’s numbers on both claims check out. More than 8 million jobs were created from 2014 to 2016, vs. more than 6.5 million from 2017 to 2019. And while many jobs have returned in recent months, Trump is still a few million short of where he started.

It was a good distillation of the apparent recognition, by Obama and others, that fire must be fought with fire. When Trump fails to acknowledge or deal with such nuance and attacks his opponents in such personal terms, you can either “go high,” as Michelle Obama once said, or you can try to play the game as it’s been set up. Her husband didn’t go full Trump in these attacks, by any means, but it seemed a concerted effort to needle the incumbent president and — perhaps most strikingly — hold him up as a laughingstock. The latter is a strategy regularly employed by groups such as the Lincoln Project, which has regularly seemed as interested in getting Trump’s goat as in defeating him.

And as with the Lincoln Project, the message seemed to be consumed by one particularly attentive cable news viewer.

“Now @FoxNews is playing Obama’s no crowd, fake speech for Biden . . . But Fox News’s programming decision was easy to understand: It was good TV, something that could elicit visceral and newsworthy reactions — including from the man whose reaction it seemed to beg for.

Posted by Michael-in-Norfolk at Wednesday, October 28, 2020

Ha!
I love when Obama trolls Hair Furor because I just know that he gets under his skin. Cheeto is so pathetic...