Millions Fall Back into Crisis as Stimulus and Safety Nets End 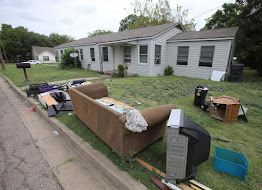 As the Republican convention is poised to begin and display Trump's unmatched narcissism, millions of Americans are back on the brink of desperation as the stimulus payments and safety net of the CARES Act come to an end and the GOP controlled Senate is on recess having passed no extension of relief benefits.  It's a fitting dichotomy given that today's Republican party ceased caring about average Americans years ago, a trend that has only accelerated under Der Trumpenfurher.   America - among the wealthiest nations in the world - may soon see homelessness and hunger not seen since the Great Depression. The GOP convention will likely act as if none of this is happening.  Food banks are attempting to assist, but soon the magnitude of the problem will overwhelm their resources. A piece in the Washington Post looks at the magnitude of the problem.  Here are story highlights:

One of the most successful elements of the government’s response to the coronavirus recession — protecting people on the margins from falling into poverty — is faltering as the safety net shrinks and federal benefits expire.

Major recessions are especially fraught for low-income earners, whose finances can veer from tenuous to dire with one missed paycheck. But as the economy cratered this spring, economists and poverty experts were mildly surprised to discover that the torrent of government support that followed — particularly the $600 a week in expanded unemployment benefits and one-time $1,200 stimulus checks — likely lowered the overall poverty rate.

Now, data show, those gains are eroding as federal inaction deprives Americans on the financial margins of additional support. If the unemployment rate stays around 10 percent and no new stimulus is delivered, “we can expect poverty rates to rise and climb higher than those observed in the Great Recession,” Parolin said.

For the week that ended July 21, the most recent numbers available, roughly 29 million U.S. adults — about 12.1 percent — said their household sometimes or often didn’t have enough to eat the preceding seven days, according to the Center on Budget and Policy Priorities. Nearly 15 million renters said they were behind on rent during the same period.

Code of Vets is used to requests for help with funeral expenses, hospital bills and housing issues. Since the pandemic, the nonprofit says, it has been inundated by veterans who can’t meet their basic needs: groceries, medications, utility bills. Diapers are a chronic concern for those with young children.

In January, a typical month pre-pandemic, it handled 86 cases, . . . . In April, after more than 20 million Americans lost their jobs in the coronavirus recession, Code of Vets had more than 1,300 cases. The scale of need has been consistent, Smith said, even with the federal stimulus.

Karin Smith, 52, of Jupiter, Fla., recently opened the two-bedroom townhouse she shares with her 13-year-old son to a fellow single mom with a daughter. They’re all facing eviction, much like the 22 million other Americans behind on their rent, according to an analysis by the Covid-19 Eviction Defense Project, a Colorado-based community group. Despite the federal moratorium that ended July 24, some landlords are raising rent, issuing late fees and initiating eviction proceedings earlier than the federal deadline, which requires 30 days notice for eviction.

Karin and her son, who has Ehlers-Danlos syndrome, which affects connective tissue, have been living on food stamps and unemployment benefits that did not arrive until May. The state jobless aid started at $125 a week and was recently bumped to $225. She was earning $96,000 a year, but as a single mom with tens of thousands in student loans, health insurance premiums and other expenses, she didn’t have a lot of savings.

Although Karin has a PhD in educational psychology, she hasn’t been able to find a job in her field, and a minimum wage position wouldn’t cover the rent. When Sept. 1 rolls around, she doesn’t know what the four of them — plus two cats and two dogs, most taken in from others who had been evicted — will do.

Diane Yentel, the president and chief executive of the National Low Income Housing Coalition, said the 40 million U.S. households projected for eviction by year’s end — and the lack of legislative action to prevent them — is nothing she’s ever seen. . . . more people are living on the streets, in their cars, crowding into apartments, and living in shelters or encampments, Yentel said. Social distancing, a key defense against the coronavirus, is impossible.

Hunger has hovered near record highs since the beginning of the pandemic, as shuttered school meal programs and vanishing income left many without a way to feed their families. About 22 percent of the population has been food-insecure since the pandemic began, according to an April report by the Hamilton Project, an economic policy project of the Brookings Institution. For mothers with children 12 and younger, the figure is more than 40 percent, according to Lauren Bauer, who wrote the report.

the Trump administration recently decided against extending a food stamps waiver that allowed needy families to bypass certification, such as providing pay stubs. The move will reduce the number of eligible families in the coming months, even as other stimulus measures expire.

Food banks nationwide have struggled to keep up with demand, and surging grocery prices are compounding the strain, said Crystal FitzSimons, the director of school and out-of-school time programs at the Food Research & Action Center.