Collusion - a/k/a Conspiracy - Is a Crime 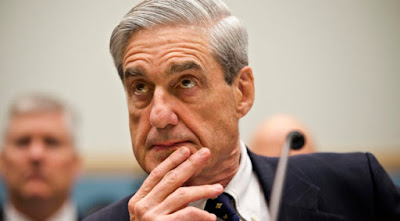 Donald Trump and his sycophants are running about claiming that collusion is not a crime.  Like much of what comes out of Trump's mouth - and those of his enablers -  the claim under analysis is untrue. Indeed, collusion is simply another term for conspiracy and numerous federal statutes confirm that, if Trump and his campaign are guilty of what is claimed, then crimes did indeed occur and Trump is guilty of crimes.  A piece in The Atlantic by former Republican David Frum, lays out why saying "collusion is not a crime" is simply untrue and lying.  Indeed, Trump is a national security threat (as is Mike Pence, in my opinion since he was Trump's lackey throughout the 2016 presidential campaign).  Here are article excerpts:

It’s a crime for a U.S. presidential campaign knowingly to receive—or even solicit—anything of value from any foreign entity. It’s a crime for anyone, campaign or not, to knowingly receive stolen data. In fact, receiving stolen data triggers a complex nexus of crimes, both state and federal. Donald Trump Jr., Jared Kushner, Paul Manafort, and other top Trump aides met with a lawyer who identified herself as an agent of the Russian government offering damaging information about Hillary Clinton.

Lying to Congress is a crime, albeit one seldom prosecuted. Trump Jr. was under oath when he testified to the Senate Judiciary Committee on September 17, 2017, that he did not tell his father about the Trump Tower meeting with the lawyer. “I wouldn’t have wasted his time with it,” he said. Should that testimony prove untrue, the younger Trump could also face perjury charges.

The kernel of truth in the “collusion is not a crime” defense is this: If the Trump campaign avoided tripping over federal election law and computer fraud in the course of a hypothetical collaboration with the Russian GRU, then it is very possible it did not violate any criminal statutes. I wrote about such a possibility here last May. But the predicate for that possibility is that there be no direct contact between the Trump campaign and the Russian state . . .
But Special Counsel Robert Mueller’s second indictment of Russians claimed that voter analytic data was stolen by Russian hackers from Democratic servers. If those analytics were shared by the Russians with the Trump campaign, that would be a straightforward crime, just as much as the Watergate burglary of the Democratic National Committee in 1972.

The crucial context for assessing the claim that “collusion is not a crime” is the way the Trump-Russia story has emerged into the light, denial after denial collapsing into dust.

They denied that the Russian intervention was intended to help elect Trump. At the Helsinki summit of the two leaders, Vladimir Putin said, plainly, that he had wished to see Trump elected.

Only this year, and only thanks to the Mueller investigation, have Americans begun to learn the full industrial scale of the Russian intrusion into the 2016 election. Only last month, and again only thanks to the Mueller investigation, was it confirmed that the hackers of the Democratic Party were indeed agents of the Russian state—a truth that Trump still will not unequivocally accept.

Yet there is one way in which the “collusion is not a crime” talking point actually directs attention in the right direction. The Trump presidency’s connections to Russia are a national-security issue first, a criminal-justice issue only second.

Donald Trump owes his presidency at least in considerable part to the illegal assistance of the Russian state: hacking, data theft, prohibited election advertising. This compromised president has in office launched himself against U.S. alliances and trade arrangements built by administrations of both parties over the past three-quarters of a century. The president describes the European Union as a “foe,” quarrels with Canada and Germany, and enters into agreements with Putin that he seems not to have shared even with his own secretary of state and national-security adviser. He blabs vital secrets to the Russian foreign minister, resists holding Russia to account for nerve-agent attacks on British soil, and refuses to implement sanctions voted almost unanimously by Congress.

Meanwhile, the single data point that supposedly proves how tough he is on Russia—the provision of lethal aid to Ukraine—may actually prove something very different. Ukraine halted its cooperation with the Mueller probe ahead of the sale, to “avoid irritating the top American officials.”

It was—or should have been—obvious to anyone paying attention on voting day 2016 that Donald Trump was not an honest businessman. What has come further and further into the light since Election Day is something much more dangerous even than dishonesty.