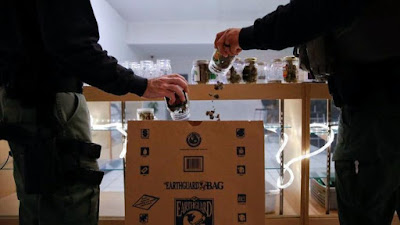 Whites charged with marijuana possession in Virginia are more likely to get a second chance, while blacks are far more likely to spend time behind bars, a Daily Press review of court data found.

And, while only about one in five Virginians is African-American, half of those charged with a first offense of marijuana possession are black, the review found.

Health surveys suggest blacks and whites are about equally likely to use marijuana. But, in Newport News and Hampton, where U.S. Census figures show just under half the residents are black, African-Americans are defendants in more than three-quarters of first-offense marijuana cases.

“This is something I kind of knew, I felt it in my gut, but we never had the numbers,” said a shocked Del. Mike Mullin, D-Newport News, who has worked as a prosecutor for a decade and has been thinking Virginia might need its first update in four decades of its marijuana possession laws.

The Daily Press analysis of district court case records found 49 percent of all first-offense marijuana charges statewide are filed against African-Americans, compared to 47 percent against whites. The percentages are almost exactly the same when those first-offenders have no other charges, which occurs a bit less than half the time.

The disparities are sharper on the Peninsula. In Newport News, 75 percent of charges are filed against blacks; in Hampton, the figure is 80 percent.

*Once in court, blacks are slightly more likely to be found guilty, but are significantly more likely to go to jail. Only about one out of 14 convictions for a first-offense marijuana possession ends up with jail time; but of those that do, 65 percent are black.

“These figures are staggering,” said Bill Farrar, director of public policy at the American Civil Liberties Union of Virginia. . . . Farrar said, “there is no reason to keep possession on the books as a criminal charge except as way to punish a particular group of people … this is a major racial justice, criminal justice and mass incarceration issue.”
“It was meant to be an easy conviction, especially after the General Assembly dropped the requirement for a crime lab analysis of seized marijuana in possession cases — the field analysis is sufficient to prove a substance is marijuana,” he said.In Hampton Roads’ urban cities, four out of five charges for a first offense of marijuana possession making it to court were filed against African-Americans. In suburban communities, that figure was just under two-thirds. In Newport News, the figure was three out of four. In rural communities, about half of cases going to court were filed against blacks.In the Williamsburg/James City County General District Court, about half the cases of first-offense marijuana possession were filed against blacks. Once in court, judges found blacks guilty in seven of 10 cases, whites in four of 10. Four out of 10 blacks found guilty spend time behind bars, while two out of 10 whites did.


And, of course, once has a criminal record on their record, it becomes much more difficult to find a decent job setting the stage for marijuana law loving Republicans to whine about blacks not in the work force and being freeloaders.  If Virginia wants to escape some of the worse elements of its past, one step is to decriminalize recreational marijuana.