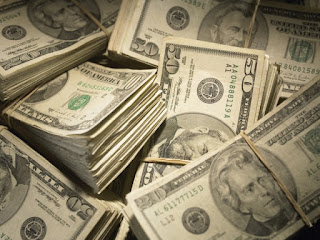 There are many bad signs for the Republicans in the rum up to the 2018 midterm elections that range from party base enthusiasm gaps, frightening generic polls that significantly favor Democrats, to record numbers of House Republicans making the decision to retire. Now, on top of these signs there is the huge fundraising gap in favor of Democrats.  They say money is the "mother's milk of politics" and the costs of campaigns are soaring.  A piece in Politico looks at this latest welcomed sign that Trump may well be destroying the Republican Party.  Of course, simpletons like Devin Nunes are exacerbating the situation as are Republicans who silently stand by with their thumbs up their butts as the party assaults American institutions.  Here are article excerpts:

Is it time for Republicans to start freaking out?

More than 40 House Republican incumbents were outraised in the final quarter of 2017 by one — or several — of their Democratic opponents, according to the latest round of fundraising numbers. And of that group, more than a dozen had less cash on hand than their Democratic challengers.

For the GOP, here’s the really disturbing part: The trendline is getting worse, not better. Despite the myriad advantages of incumbency and control of Congress, there are more House members with less cash on hand than their Democratic challengers than the quarter before.
“Those numbers should be concerning for all Republicans,” said Mike DuHaime, a GOP consultant based in New Jersey. “This is going to be the most challenging political environment since 2006, so you have to be ready. And lot of these members came in after 2006, so for many, this will be the most challenging environment they’ve ever run in. And that’s going to prove difficult.”

A flood of Democratic money poured into House races across the country in 2017, provided in large part by small-dollar, online contributors animated by opposition to President Donald Trump and the Republican majorities in Congress. More than 80 Democratic challengers in Republican-held districts have at least $250,000 in cash on hand at the end of the year — a sign that the House battlefield may be wider than previously thought.

[Republicans] face significant structural challenges, the fundraising figures show. A slew of recent retirements in expensive media markets, like New Jersey and California, will force Republicans to spend more to defend open seats as they bid farewell to well-funded incumbents. But Republicans believe that the tax bill — passed in late December, so too late to affect these financial reports — will help them rebound in the first quarter of 2018.

Republicans acknowledged that some members are out of practice, leaving them behind with just over nine months left before Election Day.

“Sitting and dialing and pushing for money — they’re not used to doing that, and most of them don’t like to,” said Rob Stutzman, a California-based GOP consultant. “So some of this is fat, flabby and out-of-shape fundraising muscles. Those are districts where we should be raising more.”

Republican strategists stressed that falling behind in cash on hand — the amount sitting in a member’s bank account — is a serious problem because “the only thing that matters is cash on hand, and the Republican incumbent members who have Democratic challengers with a cash-on-hand advantage need to work harder and raise more money,”

Democrats, however, believe that the fundraising surge won’t diminish after the primaries because the “biggest injection of energy for Democrats is reading the front page every day, and that’s not going away,” said John Lapp, a Democratic consultant . . . . “The Democratic surge in fundraising is just another example of the Democratic surge in energy in this election overall, and that that energy is being monetized.”
Andy Kim, who served on Obama’s National Security Council, raised more money than Tom MacArthur (R-N.J.), a self-funder who has easily won reelection since 2014.

“We have a ton of momentum in the district,” Kim said, noting that a thousand volunteers are working with his campaign. “That’s what happens when you’re running against the lead author on the Trumpcare bill and the only New Jersey congressman who voted for the tax bill.”