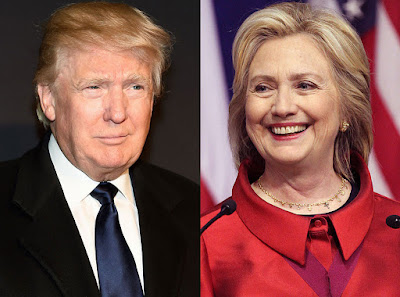 One of the things that drives me to distraction about much of the mainstream media is the lunatic notion that there reporting must be "balanced" - namely that they need to treat each candidate to comparable coverage even as they fail to identify the lies and misogyny that one side may be furthering.  Had journalist done their jobs the disastrous Iraq War could have been avoided.  Now we are faced with a narcissistic demagogue as the presumptive Republican presidential nominee.  A man who has no qualms about lying and fantastic exaggeration.  The question at hand is whether the media through its laziness and reticence  to call out liars.  A column in the New York Times challenges the media to do its job - including exposing lies (the main stock in trade of today's GOP and Trump in particular).  Here are excerpts:

How will the news media handle the battle between Hillary Clinton and Donald Trump? I suspect I know the answer — and it’s going to be deeply frustrating. But maybe, just maybe, flagging some common journalistic sins in advance can limit the damage. So let’s talk about what can and probably will go wrong in coverage — but doesn’t have to.

First, and least harmful, will be the urge to make the election seem closer than it is, if only because a close race makes a better story.

A more important vice in political coverage, which we’ve seen all too often in previous elections — but will be far more damaging if it happens this time — is false equivalence.

You might think that this would be impossible on substantive policy issues, where the asymmetry between the candidates is almost ridiculously obvious. To take the most striking comparison, Mr. Trump has proposed huge tax cuts with no plausible offsetting spending cuts, yet has also promised to pay down U.S. debt; meanwhile, Mrs. Clinton has proposed modest spending increases paid for by specific tax hikes. That is, one candidate is engaged in wildly irresponsible fantasy while the other is being quite careful with her numbers.

But beware of news analyses that, in the name of “balance,” downplay this contrast. This isn’t a new phenomenon: Many years ago, when George W. Bush was obviously lying about his budget arithmetic but nobody would report it, I suggested that if a candidate declared that the earth was flat, headlines would read, “Shape of the Planet: Both Sides Have a Point.”

But this year it could be much, much worse. And what about less quantifiable questions about behavior? I’ve already seen pundits suggest that both presumptive nominees fight dirty, that both have taken the “low road” in their campaigns. For the record, Mr. Trump has impugned his rivals’ manhood, called them liars and suggested that Ted Cruz’s father was associated with J.F.K.’s killer. On her side, Mrs. Clinton has suggested that Bernie Sanders hasn’t done his homework on some policy issues. These things are not the same.

Finally, I can almost guarantee that we’ll see attempts to sanitize the positions and motives of Trump supporters, to downplay the racism that is at the heart of the movement and pretend that what voters really care about are the priorities of D.C. insiders — a process I think of as “centrification.”

That is, after all, what happened after the rise of the Tea Party. I’ve seen claims that Tea Partiers were motivated by Wall Street bailouts, or even that the movement was largely about fiscal responsibility, driven by voters upset about budget deficits. In fact, there was never a hint that any of these things mattered; if you followed the actual progress of the movement, it was always about white voters angry at the thought that their taxes might be used to help Those People, whether via mortgage relief for distressed minority homeowners or health care for low-income families.

Now I’m seeing suggestions that Trumpism is driven by concerns about political gridlock. No, it isn’t. It isn’t even mainly about “economic anxiety.” Trump support in the primaries was strongly correlated with racial resentment: We’re looking at a movement of white men angry that they no longer dominate American society the way they used to. And to pretend otherwise is to give both the movement and the man who leads it a free pass.

In the end, bad reporting probably won’t change the election’s outcome, because the truth is that those angry white men are right about their declining role. America is increasingly becoming a racially diverse, socially tolerant society, not at all like the Republican base, let alone the plurality of that base that chose Donald Trump.

Still, the public has a right to be properly informed. The news media should do all it can to resist false equivalence and centrification, and report what’s really going on.