Human Compassion and Decency Versus the Christianists 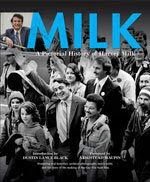