Oklahoma Bigotry and a Letter from Tucker on Real Christian Values 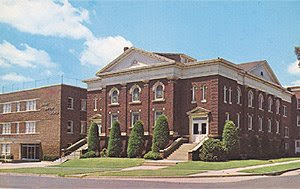 If any further proof was needed that the GOP is the party of hatred and intolerance, the Oklahoma Legislature’s Republican caucus has refused to condemn Rep. Sally Kern (R) for saying – among other bigoted anti-gay remarks – that gays pose a greater danger to the United States than terrorists. Here are some highlights from 365gay.com (http://www.365gay.com/Newscon08/03/031208ok.htm):
Thousands of emails have flooded into the state mailboxes of lawmakers demanding an apology but House Speaker Chris Benge (R) tells the Oklahoman newspaper that he has no plans to punish Kern. Democrats want a House committee to investigate the remarks to determine if a censure is warranted. Benge says no. "We're not putting a committee together, no," he told the Oklahoman. Asked by the paper if Kern's remarks represent the House GOP caucus Benge said, "Each member has their own opinion, there's no way that I can say whether that reflects the rest of the Republican caucus or not."
These folks call themselves Christian, yet the one hallmark of their mindset is a hatred of those who are different. Is this what Ms. Kern’s preacher husband teaches at his church (pictured above)? What kind of cruel and vicious God do these people worship?
Meanwhile, as reported by Pam’s House Blend, among the letters sent to Kern is one from a high school student named Tucker (http://www.pamshouseblend.com/showDiary.do?diaryId=4756) who lost his mother in the Murrah Federal Building bombing in 1995. The full letter can be found on Pam’s blog, and it is obvious that this 18 year old has far more Christian love, common sense and decency than uber-bigot/moron Sally Kern. Perhaps he should run for Ms. Kern’s seat. But no, he wants to get the Hell out of Oklahoma – I cannot say that I blame him if Ms. Kern is typical of Oklahomans. Here are some highlights from Tucker’s letter:

On April 19, 1995, in Oklahoma City a terrorist detonated a bomb that killed my mother and 167 others. 19 children died that day. Had I not had the chicken pox that day, the body count would've likely have included one more. Over 800 other Oklahomans were injured that day and many of those still suffer through their permanent wounds. That terrorist was neither a homosexual or was he involved in Islam. He was an extremist Christian forcing his views through a body count. He held his beliefs and made those who didn't live up to them pay with their lives.
As you were not a resident of Oklahoma on that day, it could be explained why you so carelessly chose words saying that the homosexual agenda is worst than terrorism. I can most certainly tell you through my own experience that is not true. I am sure there are many people in your voting district that laid a loved one to death after the terrorist attack on Oklahoma City. I kind of doubt you'll find one of them that will agree with you.
I've spent 12 years in Oklahoma public schools and never once have I had anyone try to force a gay agenda on me. I have seen, however, many gay students beat up and there's never a day in school that has went by when I haven't heard the word **** slung at someone. I've been called gay slurs many times and they hurt and I am not even gay so I can just imagine how a real gay person feels. You were a school teacher and you have seen those things too. How could you care so little about the suffering of some of your students?
Let me tell you the result of your words in my school. Every openly gay and suspected gay in the school were having to walk together Monday for protection. They looked scared. They've already experienced enough hate and now your words gave other students even more motivation to sneer at them and call them names. Afterall, you are a teacher and a lawmaker, many young people have taken your words to heart. That happens when you assume a role of responsibility in your community. I seriously think before this week ends that some kids here will be going home bruised and bloody because of what you said.
I wish you could've met my mom. Maybe she could've guided you in how a real Christian should be acting and speaking. I have not had a mother for nearly 13 years now and wonder if there were fewer people like you around, people with more love and tolerance in their hearts instead of strife, if my mom would be here to watch me graduate from high school this spring. Now she won't be there. So I'll be packing my things and leaving Oklahoma to go to college elsewhere and one day become a writer and I have no intentions to ever return here. I have no doubt that people like you will incite crazy people to build more bombs and kill more people again.
Posted by Michael-in-Norfolk at Thursday, March 13, 2008