Texas: How Joe Biden Can End the Drama on Election Night 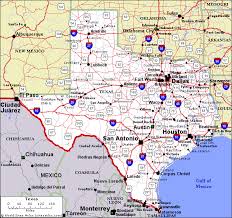 Early in the year I read a book which in part involved a fictional 2020 Democrat presidential candidate who ends up winning Texas and the election.  Now, various polls show the race between Trump and Biden  neck and neck, a few even showing Biden in the lead. No one would have predicted this a year ago even though Texas is seeing demographic changes similar to those that turned Virginia blue: growing numbers of urban/suburban voters who eventually can out vote the backward rural areas and thereby hand Democrats statewide races. A piece I book marked a few days ago in the Washington Post makes the case that Joe Biden needs to actively campaign and spend money in Texas so he can (i) win Texas and (ii) make Trump's loss crystal clear on election day night.  Without Texas, Trump simply cannot win and with the restrictions on voting in Texas, the outcome will be known election day night.  And as in the fictional election in the book, Harris County - home of Houston - could be key.  Not by coincidence, Jill Biden will be campaigning in Houston this coming week. Here are column highlights that make the case for Biden pursuing Texas:

Joe Biden can end the election on election night. All it takes is an investment in Texas. Texas is the state where big, late money and showing up could put an end to the suspense about whether President Trump will concede defeat Nov. 3. That’s because Texas’s 38 electoral college votes are the most up for grabs of any swing state.

Yes, Texas is a swing state in this election. Biden has consistently polled better in Texas than has any recent Democratic candidate — according to FiveThirtyEight’s polling average, Trump leads Biden in Texas by 1.6 points, a statistical tie — and polls have consistently underestimated the actual results for every recent Democratic candidate on Election Day. It’s a strategic opportunity Biden must seize because if he wins Texas, he wins the election.

Thanks to Republican efforts to suppress voter turnout, Texas did not expand vote by mail in midst of a global pandemic. As a result, we will know the winner of the Texas presidential election on election night. If Texas turns blue that night, and its 38 electoral votes go to Biden, then Trump would have no viable path to victory, and the election would be over that night, before Trump’s lawyers can get through the courtroom doors to stop the vote counts in other states. If Biden wins Texas along with the likely blue states of Colorado, New Mexico, Minnesota and Virginia, he would still win the White House even if he loses all the swing states of Wisconsin, Pennsylvania, Michigan, Ohio, North Carolina, Arizona and Florida. Trump, on the other hand, cannot win without Texas.

[W]hy focus on Texas?” Here’s the answer: Pennsylvanians are going to vote by mail in huge numbers, and it will take days, if not weeks, to certify the results there. Biden may very well win that state, but we might not know for sure until it is too late, after Trump has already had time to create election chaos and doubt about the results. The same could be said about the swing states of Michigan, North Carolina, Wisconsin and Florida.

Biden, his campaign and Democrats in general need to make it clear: We are competing in Texas, and we’ll invest whatever it takes to turn out the state’s true electoral majority and flip Texas once and for all. Although winning in Texas, more than any other state, would end Trump’s hopes of holding onto the Oval Office (by hook or by crook), Democrats have historically failed to invest in Texas, despite the size of this prize, . . . . But, like many things in 2020, this year is different — Biden has his foot in the door and needs to kick it open for a quick end to the election.

For months, Biden’s polling average has consistently been within the margin of error in Texas. And the race continues to tighten. But what is important to understand is since the 2008 election, polling of the Texas electorate has significantly underestimated Democratic performance because, unlike demographically declining states, Texas has a growing, dynamic electorate with many new voters who are younger, more likely to have college degrees and more likely to be people of color — and often difficult to poll. As a result of this rapid demographic change, Texas is not only more racially diverse and urban than most other swing states, but also more rapidly trending Democratic.

That gives us reason to believe polling in Texas this cycle masks a potential Biden victory. He has consistently been running better than any Democratic candidate in decades. You would have to look back to 1976 — the last time a Democratic presidential candidate won Texas — for a race this tight.

The repeated failure of polls to accurately predict voters’ actual choices not only reflects pollsters’ difficulty in sampling a rapidly changing electorate, but also the years of organizing by tireless activists on the ground in Texas to turn out less-than-likely voters, particularly Latino, Black, Asian and young voters. That work continues today.

The power of Texas’s changing electorate has had an impact in the state’s megametros, home to more than 75 percent of Texas voters, with demographically diverse suburbs moving in the Democrats’ direction. Harris County (which encompasses Houston) is the center of this shift, and with more voters than the state of Nevada, the county carries a heavy influence in statewide Texas results. Harris County Democratic officials, who won power in 2018, are now using their executive authority to expand voting rights and increase voter participation. These election officials have created 24-hour polling locations and added an additional week of early voting on top of what the state has already allowed.

That means Biden has an opportunity to make investments that could energize the turnout of a powerful base of voters of color and young people who represent the present and future of not only Texas but also the nation.

Texas is the quickest route to victory in this election. At a minimum, an investment here would force the GOP to continue to spend massive amounts of cash to defend the state, while also supporting Texas Democrats’ effort to flip several suburban House districts and, crucially, gain control of the state House of Representatives in time for redistricting in 2021. With the state projected to get numerous new congressional districts after the 2020 census, it is imperative Democrats get a say in redistricting. That will set the stage for what is possible for Texas Democrats for the next decade and beyond. If we invest in Texas now, it will reverberate up and down the ballot, securing Democratic victories statewide and in federal elections over the long term.

It’s clear Trump is in trouble in Texas. Given the high stakes in the presidential election and strategic opportunity in Texas, Biden has no better investment than turning out voters in the Lone Star State. This is not the cycle for Democrats to wonder if Texas is going to flip. This is the election to make it flip — and end the national nightmare on election night.

Posted by Michael-in-Norfolk at Saturday, October 10, 2020

it's also important to not, although it was probably not reported at the time you posted this entry, that a federal judge blocked governor abbott's executive order of only 1 ballot box per county.

if that ruling isn't challenged, this will have a significant effect on how the vote goes in 3 weeks.