Canada Got Better. The United States Got Trump 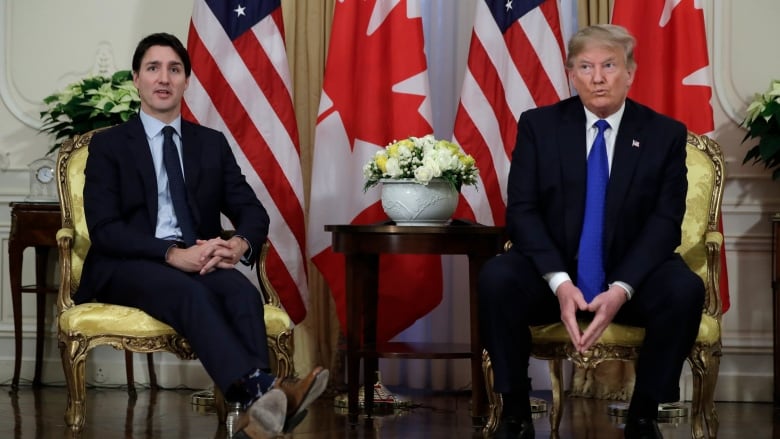 Even as numerous studies have shown that there is more possibility of upward social mobility in Europe than America, the American dream remains alive - just north of the border in Canada.  How did this come to be?  Simple, actually.  Years of failed Republican policies and an active reverse Robin Hood effort combined with a desire to create a new Gilded Age has taken a severe toll on average Americans.  Canada has avoided such policies and also has a far better medical system.  It also has had far more responsible political leadership as has been highlighted by the manner in which Canada has handled the Covid-19 pandemic.  Canada is far closer to arriving back at normalcy while in America, matters are nothing less than a catastrophe in a number of states, especially states with Republican governors. As a piece in The Atlantic by former Republican David Frum lays out, the biggest difference is that Canada is not burdened with the malignancy America has in the White House.  Here are article highlights:

I reached the Canadian border on the Fourth of July. Usually, the Thousand Islands crossing station between New York and Ontario is busy on summer weekends. Not this time. Eight of the nine lanes were closed, and only one car waited ahead of me in the single open queue.

Despite the light traffic, I waited a while for my inspection—and when it was my turn, the car behind me waited a while too. In mask and gloves, an official inspected my Canadian birth certificate, asked whether I was transporting any weapons, then probed my plans for the 14 days of self-isolation required after entering Canada.

What would I do for groceries? How would I walk my two dogs on the trip? Did I understand Ontario’s masking rules? At what phone number could I be reached during my self-isolation?

Over the next two weeks, that number would receive texts, robocalls, and a live call from Canadian health services. The robocalls delivered motivational messages.

Outside of Toronto, businesses are reopening in Ontario. My wife and I celebrated the end of quarantine by going out to dinner at a local restaurant. The tables were spaced more widely than before. Paper menus had vanished, probably never to return. Servers were masked. Otherwise, though, things seemed … almost normal. We asked the chef—an old friend—how things had gone for him and his family during the lockdown. Not too bad, he answered. Aid from the government had supported the business and kept him on the payroll. He was optimistic that school would reopen in September.

The next morning, I had a meeting at the local hotel. A checkpoint had been placed in the parking lot. My temperature was taken before I could enter the building. After my meeting, I ran some of the errands that had accumulated during our 14 days in quarantine. People wore masks in all interior spaces, and often outdoors, too. I asked a clerk at the town supermarket whether the requirement had caused any trouble. She seemed surprised by the question: “It says so right on the door.”

North of the border, the disease is abating. Canada has steadily gained ground against the virus, even as the United States has surrendered to it.

In the first months of the year, the trajectory of the disease in Canada approximately tracked the trajectory in the United States. Then, in early summer, the two countries’ experiences began to radically diverge.

When you arrive in Canada, you instantly understand the basic cause of the disparity. It’s not the health-care system, exactly—although that has coped better, too.  . . . . my two Canadian nephews took the precaution of a COVID-19 test before coming to visit us in the country. They got the test on a walk-in basis. The results arrived a few hours later: all clear.

Outside the hospitals and clinics, people in every walk of life are taking the disease seriously. They wear masks. They stand outside of stores. They don’t complain all the time about trivial inconveniences.

[N]obody has thought to make a political issue out of the science of fighting pandemics. Back in April, the Conservative premier of Ontario denounced people protesting social-distancing rules as “irresponsible, reckless, and selfish.” The Conservative premier of Alberta has distributed 40 million free masks in his 4.4-million-person province. Left, right, and center, Canadians wear coats when it gets cold. Left, right, and center, they wear masks during a pandemic spread by airborne droplets. It’s just not something to argue over.

On July 22, Quebec reported zero deaths from COVID-19. That same day, the state of Arizona, home to 1 million fewer people than the province of Quebec, reported 89 deaths.

Canada is not a star of the COVID-19 class. Per capita, it has suffered three times as many deaths from the disease as Australia and Germany. What the Canadian example does show, however, is what the United States could have looked like if the U.S. effort had not been led by malicious, self-seeking incompetents. Some Americans would still be getting sick; some would be dying. The disease would remain very much a problem to reckon with. But the worst would be over. Reopening schools would be feasible. Transit systems would not threaten the lives of their users. Economic recovery would have begun.

Donald Trump, following the imperatives of his own ego, refused to do it. He then imposed that refusal on the federal government, and encouraged it in Republican-led states, as Fox News hosts and Facebook posters applauded.

It could have been otherwise. It still could be. But in July as in January, the biggest difference between the United States and the rest of the developed world is that the U.S. has the misfortune of having Donald Trump in charge.

America is exceptional alright, but not in good way.
Posted by Michael-in-Norfolk at Saturday, July 25, 2020