Why Is Bernie Sanders Hiding His Medical Records? 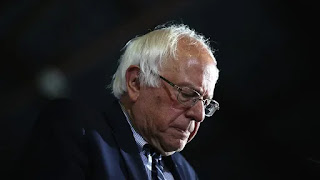 Donald Trump claims to be in "perfect" health - something his age and level of significant obesity make suspect at best.  Meanwhile, Bernie Sanders had a heart attack in October and has yet to fully release his medical records to disclose the true state of his health (originally, Sanders said he would release his medical records.  He has now backtracked on doing so). In both instances, Trump and Sanders are potentially misleading voters who have a right to know the state of their health since it impacts their ability to perform the duties of the presidency and may also  impact their decision making ability.  A column in the Washington Post by a cardiologist argues that there need to be mandatory standards of disclosure for both sitting presidents and presidential candidates.  Without such standards, voters are left without critical information and it can only be assumed that individuals who do not release comprehensive medical information have something to hide.  When candidates refuse to release full information on their health, it is appropriate for voters to ask "what are they hiding/".Here are column highlights:

Coming off victories in Iowa and New Hampshire, Sen. Bernie Sanders (I-Vt.) is increasingly described as the front-runner for the Democratic presidential nomination. Inevitably, questions will arise about the health of the 78-year-old senator as well as that of the 73-year-old incumbent, President Trump.

But the public reports on the two men’s recent health-related episodes, written by their primary-care military physicians, do not serve voters well. The fault, however, is not with the physicians but with the absence of explicit standards for disclosing health records of presidents and presidential candidates — an eminently rectifiable situation.

Both medical reports omit critically pertinent prognostic data that the physicians certainly know. Sanders had a heart attack in October, but his report is silent about the extent of disease in his coronary arteries, which is the most important factor in determining his risk for another heart attack. The report on Trump’s abrupt, unscheduled visit to Walter Reed National Military Medical Center in November listed several key cardiovascular symptoms the president did not have, but failed to say whether he was free from the sensations of chest squeezing and left arm discomfort that patients classically experience during heart attack and its precursors.

Voters need and deserve health information from candidates because a vote is fundamentally a bet on the future, reflecting the voter’s estimate of the candidate’s ability to lead the nation toward the voter’s desired endpoint. . . . illness physically impedes exercise of the office.

Medical conditions that might significantly impair these functions over the next four years should be disclosed to voters. All others are no business of the public.

The rub is defining “significantly.” Fortunately, military medicine has long experience doing exactly this, by defining medical standards for specific jobs — pilot, parachutist, cook, etc. Among these, in my experience, the mental and physical demands on air traffic controllers most closely track the four essential “presidential” functions. The Air Force lists hundreds of medical conditions that disqualify air traffic controllers by threatening the four functions, including heart attack, psychosis and non-trivial cancers. Subtract from this list the musculoskeletal requirements of general military service (the campaign trail’s rigors can substitute as a stamina test), and the remaining conditions well describe the medical threats to the exercise of the presidency. Military physicians work with such lists daily.

Thus, as a first cut, I would propose a policy (better, a law) requiring presidential and vice presidential candidates to publicly disclose complete information on every non-musculoskeletal medical condition they have that would disqualify them from being an air traffic controller in the Air Force.

The report on Sanders was incomplete by Air Force standards because appeals for reinstatement after a heart attack must include a full description of coronary artery anatomy.

With explicit standards the country would know exactly what the physician means by “fit for duty,” thereby avoiding adversarial speculations such as those surrounding Trump’s visit to Walter Reed.

It is important to emphasize that any medical standard for the presidency would only be a standard for disclosure. In no case would the standard bar someone from holding office because of a medical condition. That would be up to the voters, as it has been every four years since 1788.

Posted by Michael-in-Norfolk at Monday, February 17, 2020

Oh, you know how Bernie is.
He wants to be president soooo bad...