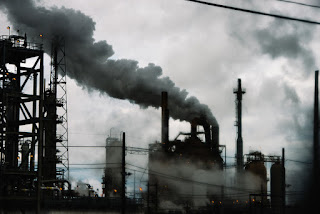 Perhaps is a result of the better aspects of my Catholic upbringing - something former Speaker of the House Paul Ryan seemingly never internalized - but I was raised to believe each of us has an obligation to leave the world a better place and to have a legacy of having helped others and most certainly not to have a legacy of harming the planet and leaving others more economically desperate. At the time of his death, as a piece in New York Magazine notes, David Koch was worth $42,4 billion - more than anyone can spend in a lifetime and and amount which could have done untold good for millions of people. True, Koch donated to museums and the arts, but his political legacy and the harm done to the environment and the debasement of the lives of countless workers are much more defining of the man who number one motivation seemingly was greed and the amassing of ever more money. Equally disgusting is the toxic political forces Koch funded with his brother that some will argue gave America the nightmare of the Trump presidency, a legacy that continues to harm lives daily.  Here are highlights from the New York Magazine piece:


By the time he died on Friday at the age of 79, David Koch was worth $42.4 billion. He will be remembered for what he did with it. Some people will probably praise his charitable spirit, perhaps even his support for criminal-justice reform, or his skepticism of military intervention. “The vast bulk of Koch’s philanthropy was not political,” Brian Doherty noted in an obit for Reason magazine.

But Koch’s largesse wasn’t free. We are paying for it now, and have been paying for it for decades. Koch’s legacy is a testament to the power of weaponized philanthropy. For Koch did not restrict himself to supporting artists and scientists. He, along with his brother Charles, who survives him, committed their vast family fortune to the construction of a powerful conservative network. We live in the world that he helped build, and it is on fire.

Koch, who ran for office on the Libertarian Party ticket in 1980, helped funnel billions into climate-change-denying organizations for decades. His motivation wasn’t a mystery: He did it because he was greedy. Political action to arrest climate change threatened Koch’s business interests. His family originally made its money in oil and gas, and Koch Industries, as Tim Dickinson laid out in a 2014 piece for Rolling Stone, is one of the biggest polluters in the U.S.

The legacy of David Koch cannot be extricated from the work he undertook with his brother. As Jane Mayer reported for The New Yorker in 2010, the brothers were ideologically sympatico, bound together by their disbelief in climate science and their opposition to industry regulation. Their work had massive reach, though their use of shell trusts and foundations can make their money difficult to trace. Mayer, however, has reported much of it out over the years, in pieces for The New Yorker and in her 2016 book, Dark Money.

They donated copiously to the Heritage Foundation, which wraps climate change denial into a broader conservative platform that opposes LGBT rights and legal abortion. They helped establish the anti-regulatory Mercatus Center at George Mason University, and that came with certain privileges; in 2018, Inside Higher Ed reported that the university had given the Kochs a say in faculty hiring. Similar funding agreements also existed at Florida State University and Utah State University. Koch money bankrolled right-to-work groups that have worked for decades to reduce union membership — a goal that has, according to most experts, contributed significantly to America’s increasing wealth inequality.

But what’s bad for workers tends to be good for the Kochs. Unions cut into a corporation’s bottom line; they make it slightly more difficult for lowly businessmen to purchase Park Avenue penthouses worth millions. The same principle of self-interest applies to one of David’s pet projects. Through the Americans for Prosperity Foundation, which he founded, the family fortune helped mobilize the tea party movement. The id they unleashed — the naked white nationalism, the anti–big government hysteria, all those conspiracy theories — helped seed the ground for Donald Trump. David and his brother refused to donate to Trump, but he is in many ways the culmination of their work.

David Koch died before he could reap the full bounty of his works. We will not be so lucky. His legacy is poisoned water and dirty air, decimated unions, and Donald Trump. No amount of arts patronage can purify that stain. It is likely not coincidental that the small government the Kochs desire would leave artists and scientists at the mercy of billionaires’ largesse. It’s as if he and his brother wanted to pitch us all on their vision for the world: If we let their companies gobble as much as they could, they would throw us a scrap or two. Never enough to live on; just enough to hold us until the next handout. They would allow us a glimpse of beauty, a mirage of progress, so that we would readily accept a cage.

Protected from consequences by death as his money protected him in life, David Koch is dead.

Sometimes one must speak ill of the dead in the hope that others might not follow a similar path of greed and harm to the world and others.
Posted by Michael-in-Norfolk at Saturday, August 24, 2019