Will Trump Fatigue Hurt Him and the GOP in 2020? 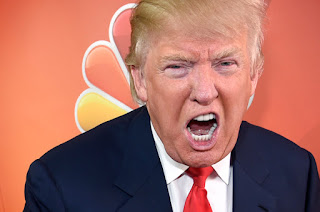 Outside of Trump's white supremacist/right wing extremist base, I'm not sure how many people enjoy, much less listen to his constant outrages that make most reality TV shows pale in comparison.  I will concede that I despise the man and when driving and listening to satellite radio, I immediately change the channel or hit the "disc" button rather that hear a syllable of him speaking since I (i) cannot stand the sound of his voice, (ii) know that the odds are that anything he says is a lie, and (iii) believe that he is doing immeasurable harm to the nation's economy, environment, and moral fabric. From the many comments I hear even from self-labeled conservatives, many of them share a similar anathema for the man and the never ending chaos of his regime and the fact that serious matters are being neglected as we suffer through a daily reality show of his rants and antics.  In a piece in Politico, the editor of National Review argues that outside of the Trump base, many may vote against him in 2020 if for no other reason than to end the daily shit show that is his administration and his daily Twitter equivalent of verbal diarrhea.  Here are column excerpts:

We are in Week 2 of the president of the United States and his communications director of six days feuding on Twitter and cable TV.


The Trump-Scaramucci smackdown has, at times, distracted from the Trump-Denmark fight, which has been eclipsed, in its turn, by the Trump-Omar/Tlaib battle that has somehow morphed into a clash between Trump and Jews who vote for Democrats.

This is only a schematic account of events of the past few days that leaves out minor, supplemental controversies over Trump retweeting a supporter calling him the King of Israel, Trump insulting his Federal Reserve chairman, Trump retweeting a suggestion that a federal prisoner might have been assassinated by one of his predecessors in the Oval Office, and Trump blasting Fox News over a poll he didn’t like.

Trump makes the hyperactive, voluble Teddy Roosevelt, whom H.G. Wells called “a big noise,” seem shy and retiring by comparison. . . . Trump reportedly told aides before taking office that they should think of each presidential day as an episode in a TV show, a goal that turns out to have been too modest. Trump acts like he need to produce enough programming to fill a 24-hour news network, with outrages, internal melodrama, legal fights and endless plot twists . . . .

Obviously, the fundamentals will be most determinative of Trump’s fate in 2020. Is the economy still growing? Are we at peace? How does the trade war with China stand? But the backdrop to it all will be the level of public tolerance for, or exhaustion with, Trump’s antics and provocations.

In other words, can Americans bear for the show to go on? The threat to Trump isn’t Trump Derangement Syndrome, . . . . The threat is Trump Fatigue, a condition that could spread more broadly and make swing voters harder to reach.

The latest high-profile spats are characteristic of the Trump era. The fight with Anthony Scaramucci has a performative aspect you’d expect of two showmen. One is the master, a former reality TV-show host who cashed in his notoriety for the presidency. The other is an up-and-comer, who made the most of notoriety gained by brief proximity to the master, including a brief appearance on a reality TV show himself . . . .

The Greenland flap is classic, too. . . . it becomes a real diplomatic incident, with insults and hurt feelings on both sides and a presidential trip to Denmark canceled for now . . .

What all these controversies have in common is that they fill the hours while nothing much really happens. Is Anthony Scaramucci actually going to organize a primary challenge against Trump? No. Is Greenland going to be sold, or Denmark fall off as a U.S. ally? No. Is Israel’s fate going to rise or fall on the travels of a couple left-wing backbench U.S. congresswomen? No.

There’s no doubt that the constant Trump static hurts him grievously among suburban, college-educated women. But no doubt that for his supporters the show is part of his appeal, . . . .

What’s the political balance for Trump? I believe it’s negative, . . . Even if Trump is hurting himself with his sensory overload approach to the presidency, the Democrats nominate someone dull at their own risk.

Just imagine how calming it would be to have a sane, non-narcissist in office who spent his/her time attending to the nation's business and not picking fights and stroking an overweening - and, in my view, psychotic - ego.  One can only hope that a longing for normalcy will lead many to vote against trump merely to change the channel so to speak.

Posted by Michael-in-Norfolk at Wednesday, August 21, 2019