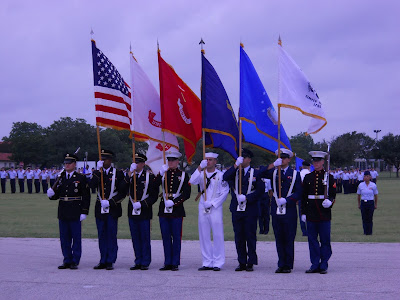 Republicans always talk about "supporting the troops" and "honoring veterans" with talk being the operative word.  Republican talk and actions never coincide with the objective reality experienced by veterans and under the Trump/Pence regime the situation has grown far worse.  Many veterans find themselves waiting on benefits payments and facing eviction for non-payment of rent.  And then there is the issue of waiting to receive medical benefits - something my son-in-law can cite chapter and verse on.  A piece in New York Magazine looks at the growing scandal surrounding the VA and the plight of veterans.  When Trump says he honors and supports veterans, like so much that comes out of his mouth, it's a lie.  Here are article highlights:

Donald Trump did not go to Arlington Cemetery on Veterans Day. He was “extremely busy,” he told reporters in a press call on Friday. But his conscience does not appear to trouble him. During a recent visit to the Marine barracks in Washington, he even congratulated himself for his commitment to veterans. “The fact is I’ve done a lot,“ he said. But as is often the case, reality does not exactly comport with Trump’s version of events. [Trump] The president hasn’t accomplished much for veterans, as a burgeoning scandal within the Department of Veterans Affairs demonstrates.

The VA owes GI bill payments to thousands of veterans, NBC News reported on Thursday. Some have waited months for their benefits, which cover living expenses in addition to tuition bills, and the VA has admitted that it has received several complaints from veterans who now face eviction because they haven’t been able to pay rent. VA officials have blamed the backlog on the department’s IT system. Though NBC has reported delays in payments since August, a Thursday hearing conducted by the U.S. House Committee on Veteran Affairs underscored the new extent of the crisis.

[V]eterans continue to struggle. “I can’t afford rent. I can’t afford groceries. It’s a lot of emotional strain and aggravation,” Daniel Gorman, an Iraq War veteran and Fordham University student, told the Washington Post on Thursday. “I’m supposed to graduate in May 2019, but I don’t know if that’s feasible if this persists.”

The flaws of the VA’s IT system predate the Trump administration. But as CNN reported on Thursday, the Forever GI bill Trump signed in 2017 may have exacerbated certain long-standing technology issues. “The legislation did not address the VA’s antiquated IT system used to account for those changes, and the department’s failure to implement changes to that system has resulted in a cascading series of errors affecting the distribution of housing allowances to veteran students,” CNN wrote. Congress provided $30 million for the VA to resolve its IT problems, but the Post reported that the department is six months late on a status update. Meanwhile, the department has over 45,000 unfilled job vacancies, no permanent information chief, and VA Secretary Robert Wilkie said in early November that he is planning unspecified budget cuts, at Trump’s request.

So though Trump doesn’t bear sole responsibility for the GI bill crisis, the issue illustrates the wide chasm between Trump’s professed affection for veterans, and the way veterans experience his preferred policies. Trump’s federal hiring freeze, which he temporarily instated not long after taking office, affected many veterans who relied on the federal government as a pathway to work. [Trump] The president has also repeatedly expressed interest in privatizing more of the VA’s functions, something most major veterans’ service organizations oppose.

Other Trumpian scandals threaten the department’s reputation, as well as its ability to fulfill its responsibilities to veterans. ProPublica reported in August that three Trump cronies — Palm Beach, Florida physician Bruce Moskowitz, Marvel Entertainment CEO Ike Perlmutter, and attorney Marc Sherman — wielded unprecedented influence over VA policy, though all three lack experience serving in either political office or in the U.S. military. The three are perceived by critics to favor the privatization of certain VA benefits, occasionally in ways that benefit their own business interests.

Public-private partnerships don’t always work out for veterans who are enrolled in the VA. Passed in 2014, the Veterans Choice Program, which allowed veterans burdened either by geographic distance from a VA facility, or by long waits for VA appointments, to seek alternative private care, should have reduced wait times. Efficiency was the program’s raison d’etre. But in June 2018, the Government Accountability Office concluded that the Choice program didn’t quite work as advertised. “The Choice program was aimed at reducing wait times through increased access to private health care, but the GAO’s performance audit conducted from April 2016 through May 2018 found that, in many cases, veterans would have been better off making appointments at VA facilities,” reported Military.com.

According to a November 13 story from Stars and Stripes, a separate GAO report found that private contractors hired to examine veterans who file disability claims often failed to meet basic standards for timeliness and accuracy. “Most contractors fell into the ‘unsatisfactory performance’ category, meaning 10 percent or more of their reports contained errors. The worst-performing contractor had errors in 38 percent of their exam reports,” Stars and Stripes reported.

As the GI bill crisis mushrooms and thousands of jobs go unfilled, the prospect of progress looks faint.

Upon first, superficial glance, Trump’s approach to the VA may look like hypocrisy. After all, he’s repeatedly claimed to love the troops. But hypocrisy is too simplistic a frame. Of course Trump says he loves the troops; try finding a politician in national office who’d say otherwise. And yes, [Trump] the president has failed to demonstrably improve conditions for veterans enrolled in the VA. But hypocrisy didn’t produce that outcome; instead, it was an inevitability, created by Trump’s commitment to small government.

Trump may not bear sole responsibility for the GI bill crisis, but his VA is in especially poor shape to remedy the problem. As a result, he’s inadvertently revealed the full consequences of a war on welfare. America may elevate veterans — may even bestow on them benefits she denies to civilians who have never taken up arms — but her benevolence is bounded by her more capitalist commitments. In the end, veterans are just citizens, subject to the same incompetencies and cruelties we all endure.

Posted by Michael-in-Norfolk at Monday, November 19, 2018

I really cannot see when this country will figure out the damage this administration is inflicting in its people.

Some are figuring it out. Others - some of them deliberately and obstinately, never will. Only historical analysis, over long years, very likely will reveal the scale and nature of the damage. We must be vigilant and unrelenting to assure our Democracy/Republic will survive. I am encouraged by the recent election, but am realizing that Democrats must exceed our performance with each election, resist and fight continuously, and, as the author of this excellent blog attests, reduce the Republican party to a footnote in American life.