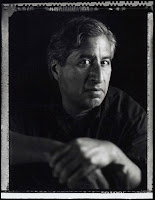 There is an interesting interview at Salon.com with author Richard Rodriguez, who is Mexican-American, gay and a practicing Catholic, in which Rodriguez discusses what he believes is the real issues behind Proposition 8 and why gay marriage terrifies some religious denominations. The answer? It's all about control, power and money. One might argue its part of the last gasp of male dominated religious groups that are trying to push back time and reassert a patriarchal system where women, minorities and gays all know their place and stay quiet and subservient. It's a lengthy piece, but is well worth the read. As a former Catholic, what he says about the anti-woman mindset in the Roman Catholic Church rings especially true. The hierarchy's message to women is: shut up, do as we say and don't you dare ask questions. The same message is there for gays. Naturally, Rodriguez's views do not cast a favorable light on the would be male chauvanist oppressors who falsely claim to be following God's plan. Here are some highlights*
*
While conservative churches are busy trying to whip up another round of culture wars over same-sex marriage, Rodriguez says the real reason for their panic lies elsewhere: the breakdown of the traditional heterosexual family and the shifting role of women in society and the church itself. As the American family fractures and the majority of women choose to live without men, churches are losing their grip on power and scapegoating gays and lesbians for their failures.
*
I also knew that large numbers of Californians in religious communities were voting against gay marriage and that Latinos and blacks were continuing to take part in this terribly tragedy. We persecute each other. The very communities that get discriminated against discriminate against other Americans.
*
The possibility that a whole new generation of American males is being raised by women without men is very challenging for the churches. I think they want to reassert some sort of male authority over the order of things. I think the pro-Proposition 8 movement was really galvanized by an insecurity that churches are feeling now with the rise of women. Monotheistic religions feel threatened by the rise of feminism and the insistence, in many communities, that women take a bigger role in the church.
*
If the Hispanic Catholic and evangelical churches really wanted to protect the family, they should address the issue of wife beating in Hispanic families and the misbehaviors of the father against the mother. But no, they go after gay marriage. It doesn't take any brilliance to notice that this is hypocrisy of such magnitude that you blame the gay couple living next door for the fact that you've just beaten your wife.
*
[C]hurches are going after homosexuals as a way of insisting on their own propriety. They are insisting that they have a role to play in the general society as moral guardians, when what we have seen in the recent past is just the opposite. . . . .To my knowledge, the churches have not accepted responsibility for the Bush catastrophe. Having claimed, in some cases, that Bush was divinely inspired and his election was the will of God, they have failed to explain why the last eight years have been so catastrophic for America.
*
The desert religions -- Judaism, Christianity and Islam -- are male religions. Their perception is that God is a male god and Allah is a male god. If the male is allowed to hold onto the power of God, then I think we are in terrible shape. I think what's coming out of Colorado Springs right now, with people like Tony Perkins of the Family Research Council, is either the last or continuing gasp of a male hierarchy in religion. That's what's at stake.
Posted by Michael-in-Norfolk at Wednesday, November 26, 2008

I heard Richard Rodriguez speak several years ago. I'll always remember his saying, "My only crime is that I fell in love with the 'wrong' person." Made a big impact on me.

May God in all her wisdom grant us wisdom and courage.