Sean Penn on Harvey Milk, His Death, and Proposition 8 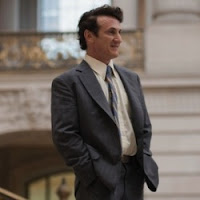 Sean Penn is never one to mince his words. I do not always agree with his views, but his analysis of how things might have been different had Harvey Milk lived and the consequences of Proposition 8 are on target. I particularly agree with his manslaughter conviction comment since I cannot help but believe that somewhere in the USA one or more gays have taken their own lives in despair over the passage of Proposition 8 and the other anti-gay initiatives. Sadly, many of the "Christians" and Mormons who voted for these initiatives probably do not care one wit for the lives they destroy. Here are some highlights of Penn's comments:
*
The actor, never known for being shy with his opinions, spoke sharply even through a cold during a New York press conference last week, saying that Harvey Milk’s premature death likely caused the death of millions more.
*
“I think less people would have died of AIDS [if Harvey Milk had not been assassinated],” Penn said. “ I think Ronald Reagan would have been forced to address it. [Milk] was a leader, and he happened to be focused on the gay movement. He would have advanced that argument a lot sooner. I think people are dead because he died too soon.”
*
Penn also had some strong words for California voters who supported the recent Proposition 8. “If we could have no excuse for being ignorant in human history, then the punishment for support of Proposition 8 would be minimally manslaughter. There will be teenage boys who will hang themselves [because of this].”
Posted by Michael-in-Norfolk at Wednesday, November 26, 2008