Will Giuliani Rat Out Ivanka, Don Jr., and Trump? 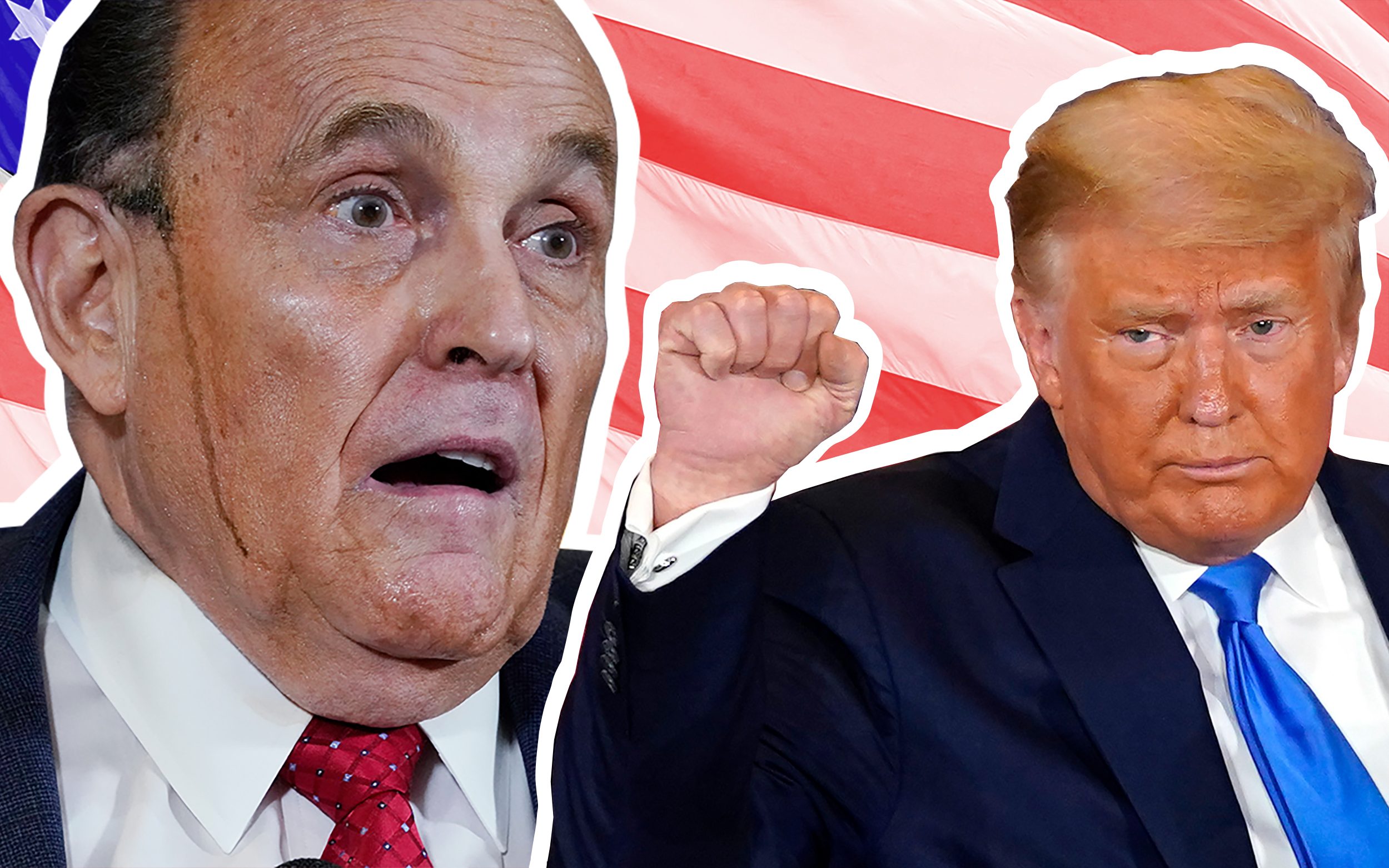 The Republican Party appears unable to rid itself of Donald Trump leaving many to hope that Trump's legal problems and possible indictment will ultimately purge him from the political scene.  It's difficult to run for president in 2024 from a prison cell - the place Trump truly belongs (in a orange jumpsuit that matches his spray tan).  Trump's legal problems may be about to increase as the deranged Rudy Giuliani appears on the road to indictment himself, having had his cell phones and electronic devices seized in an FBI raid.  This, of course, raises speculation that Giuliani will throw Trump and his spawn under the bus to strike a plea deal.  On the side of those who expect Giuliani to rat out Trump is Trump's former fixer, Michael Cohen.  One can only hope that Cohen proves prophetic and that Giuliani will go state witness against Trump.  A piece in Vanity Fair looks at Cohen's predictions.  Here are highlights:

Ask Rudy Giuliani, or his son, Andrew, if the former mayor of New York City is in legal trouble at the moment, and you’ll undoubtedly get an eye-bulging, hands-flailing response that Donald Trump’s personal attorney has done nothing wrong in his life and that the only person who should be worried about his legal exposure is Hunter Biden. Obviously, that is not true at all given that (1) Giuliani’s multiyear quest to dig up dirt on the president‘s son uncovered nothing, and (2) experts say Rudy is very much in trouble. Calling Wednesday‘s raid on Giuliani‘s apartment and office an “extremely significant” escalation of the federal investigation into his Ukraine dealings, former U.S. attorney Preet Bharara said this week that there is a strong chance the former New York City mayor will be charged. At that point, prison could be in his future.

All of which makes Michael Cohen, who was once in a very similar situation, think Giuliani is “absolutely” going to turn on Trump to save himself. Appearing on CNN on Thursday, the ex-president’s former “fixer,” who was sentenced to three years in prison after pleading guilty to tax evasion and campaign-finance violations, predicted that Rudy is sweating profusely at the moment, and despite whatever he and his son claim, knows that he’s in trouble. Why? For starters, he ran the Southern District of New York, which is currently investigating him, from 1983 to 1989 and knows what kind of power it holds.

Noting that Giuliani likely “has no interest in going to prison and spending the golden years of his life behind bars,” Cohen said, “Do I think Rudy will give up Donald in a heartbeat? Absolutely. He certainly doesn’t want to follow my path down into a 36-month sentence.”

Which, of course, would be an unfortunate turn of events for the ex-president who is already facing all kinds of legal trouble, not to mention potentially bad news for his children. “What’s ironic here,” Cohen told Camerota, “is the fact that these tactics of the Southern District of New York, in terms of bullying you into a plea deal, were created by Rudy Giuliani going back 30 years ago. And it’s just ironic that the tactics that he created for that office are now going to be employed against him, in terms of making him plead guilty and, certainly, at the least, turning over information about Jared, Ivanka, about Don Jr., about Donald himself, about all of these individuals in that garbage can orbit of Donald Trump.” He added that one cannot even imagine the trove of shadiness the Feds may uncover as a result of seizing Giuliani’s electronic devices:

Asked if he thinks Donald Trump is scared about what may come out of the Rudy situation, Cohen said there was no question the ex-president is currently soiling himself. “He was afraid even when they raided my home and my law office,” Cohen said. “Because Donald Trump cares about only one person, and I say it all the time. He cares about only himself. So, he doesn’t care that they raided Rudy’s home. He doesn’t care that they raided Rudy’s law office. What is it going to do to affect me, is all that he’s thinking right now. What did stupid Rudy do? What did stupid Rudy write? What sort of text messages or emails? What sort of stupid things was Rudy up to that’s now going to implicate me? Because Donald knows he has enough trouble right now between Tish James and the attorney general’s office, as well as Cy Vance and the district attorney’s office here in New York…. He knows that he has all sorts of legal issues. He didn’t need more. That’s one thing I can assure you. He definitely didn’t need more. And Rudy is going to be, you know, a treasure trove.

I think Rudy knows that he has trouble. I think Donald understands that Rudy will provide whatever information that he has to the SDNY.“  Asked if he thought his dad would, indeed, throw Trump under the bus to save himself, Andrew Giuliani gave a…not entirely convincing answer before changing the subject to—you guessed it—Hunter Biden.