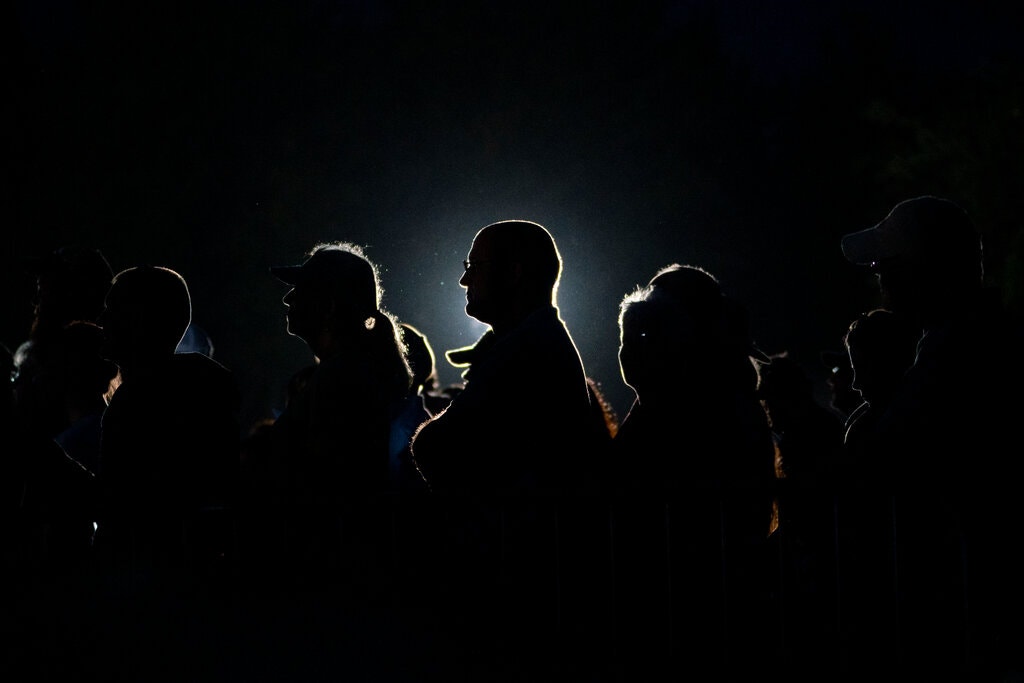 Among the husband and my circle of family and friends, most have either already gotten their Covid-19 vaccinations or will do so as soon as possible.  The goal of doing so is (i) self-protection, and (ii) helping our community and nation to achieve a return to total normalcy as soon as possible.  Sadly - and frighteningly - these twin motivations are lost on large percentages of Republicans and evangelicals who either believe in ridiculous conspiracy theories, cannot tolerate anyone telling them what to do or (probably the most prevalent reason) are so self-centered they care nothing about the common good. For me, there is little surprise that evangelicals are among the vaccine resisters given that they embrace ignorance and are among the most selfish, uncaring segment of the population despite Pharisee like displays of feigned religiosity.  With evangelicals now domination the GOP base, it is a natural result that a significant percentage of Republicans are anti-vaccine.  A column in the New York Times by a former Republican (and former GOP/Christian apologist) bemoans the fact that America will likely not achieve much needed herd immunity.  Here are highlights:

Could today’s version of America have been able to win World War II? It hardly seems possible.

That victory required national cohesion, voluntary sacrifice for the common good and trust in institutions and each other. America’s response to Covid-19 suggests that we no longer have sufficient quantities of any of those things.

In 2020 Americans failed to socially distance and test for the coronavirus and suffered among the highest infection and death rates in the developed world. Millions decided that wearing a mask infringed their individual liberty.

This week my Times colleague Apoorva Mandavilli reported that experts now believe that America will not achieve herd immunity anytime soon. Instead of being largely beaten, this disease could linger, as a more manageable threat, for generations. A major reason is that about 30 percent of the U.S. population is reluctant to get vaccinated.

Americans have always been an individualistic people who don’t like being told what to do. But in times of crisis, they have historically still had the capacity to form what Alexis de Tocqueville called a “social body,” a coherent community capable of collective action. During World War I, for example, millions served at home and abroad to win a faraway war, responding to recruiting posters that read “I Want You” and “Americans All.”

That basic sense of peoplehood, of belonging to a common enterprise with a shared destiny, is exactly what’s lacking today. . . . They are reasoning mostly on a personal basis. They are thinking about what’s right for them as individuals more than what’s right for the nation and the most vulnerable people in it. It’s not that they are rebuking their responsibilities as citizens; it apparently never occurs to them that they might have any.

A lot of Americans have seceded from the cultural, political and social institutions of national life. As a result, the nation finds it hard to perform collective action. Our pathetic Covid response may not be the last or worst consequence of this condition.

Which brings us to Joe Biden. The Biden agenda would pour trillions of dollars into precisely those populations who have been left out and are most distrustful — the people who used to work in manufacturing and who might now get infrastructure jobs, or the ones who care for the elderly. This money would not only ease their financial stress, but it would also be a material display that someone sees them, that we are in this together. These measures, if passed, would be extraordinary tangible steps to reduce the sense of menace and threat that undergirds this whole psychology.

The New Deal was an act of social solidarity that created the national cohesion we needed to win World War II. I am not in the habit of supporting massive federal spending proposals. But in this specific context — in the midst of a distrust doom loop — this is our best shot of reversing the decline.

Sir, I read your blogs with interest and respect. Here, however, I think you
err in generalities. Not all vaccine resisters are Trumpers or easily categorized as know-nothings.
Two black friends of mine have explained to me that Black
communities in the USA carry heavy and miserific memories of--for example--the Tuskegee experiment on Black men with syphilis. The results (not, of course,
clarified or explained to the uninformed and barely voluntary participants) were catastrophic for most of the "participants." Thus, government-initiated efforts to vaccinate or otherwise "protect" Black citizens are regarded with skepticism, to say the least.
So much of your commentary is helpful, so I hope you will look for the shaded areas before you pronounce.