We Are Republicans, and We Want Trump Defeated 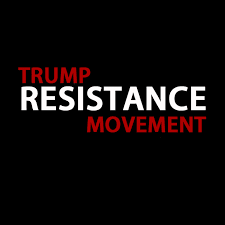 Sadly, today's Republican Party resembles the Vichy French regime with Mitch McConnell playing the role of Marshal Philippe Pétain (McConnell might do well to recall Pétain's fate) and Lindsey Graham vying for some similar ignoble equivalent from the foul regime.  Yet, as in France during WWII, some French refused to yield to the fascist boot and formed the French Resistance and fought for the restoration of democracy and the defeat of Nazism.  In an editorial in the New York Times, a group of former Republicans have announced the Lincoln Project  aimed at protecting American democracy and specifically seeing that Donald Trump is defeated in 2020.  Like many, they see Trump and today's GOP as a clear and present danger that must be stopped.  Personally, I view the GOP as being past being saved since I see no way of breaking the grip the Christofascists and white supremacists now have on the party base.   Whatever, the future, the first step is defeating Trump.  Here are highlights from the Times editorial:

Patriotism and the survival of our nation in the face of the crimes, corruption and corrosive nature of Donald Trump are a higher calling than mere politics. As Americans, we must stem the damage he and his followers are doing to the rule of law, the Constitution and the American character.

That’s why we are announcing the Lincoln Project, an effort to highlight our country’s story and values, and its people’s sacrifices and obligations. This effort transcends partisanship and is dedicated to nothing less than preservation of the principles that so many have fought for, on battlefields far from home and within their own communities.

Over these next 11 months, our efforts will be dedicated to defeating President Trump and Trumpism at the ballot box and to elect those patriots who will hold the line. We do not undertake this task lightly, nor from ideological preference. We have been, and remain, broadly conservative (or classically liberal) in our politics and outlooks. Our many policy differences with national Democrats remain, but our shared fidelity to the Constitution dictates a common effort.The 2020 general election, by every indication, will be about persuasion, with turnout expected to be at record highs. Our efforts are aimed at persuading enough disaffected conservatives, Republicans and Republican-leaning independents in swing states and districts to help ensure a victory in the Electoral College, and congressional majorities that don’t enable or abet Mr. Trump’s violations of the Constitution, even if that means Democratic control of the Senate and an expanded Democratic majority in the House.

The American presidency transcends the individuals who occupy the Oval Office. . . . Their commitment to order, civility and decency are reflected in American society.

Mr. Trump fails to meet the bar for this commitment. He has neither the moral compass nor the temperament to serve. . . . . But [Trump's] this president’s actions are possible only with the craven acquiescence of congressional Republicans. They have done no less than abdicate their Article I responsibilities.

Indeed, national Republicans have done far worse than simply march along to Mr. Trump’s beat. Their defense of him is imbued with an ugliness, a meanness and a willingness to attack and slander those who have shed blood for our country, who have dedicated their lives and careers to its defense and its security, and whose job is to preserve the nation’s status as a beacon of hope.

Congressional Republicans have embraced and copied Mr. Trump’s cruelty and defended and even adopted his corruption. Mr. Trump and his enablers have abandoned conservatism and longstanding Republican principles and replaced it with Trumpism, an empty faith led by a bogus prophet.

Mr. Trump and his fellow travelers daily undermine the proposition we as a people have a responsibility and an obligation to continually bend the arc of history toward justice. They mock our belief in America as something more meaningful than lines on a map.

Our peril far outstrips any past differences: It has arrived at our collective doorstep, and we believe there is no other choice. We sincerely hope, but are not optimistic, that some of those Republicans charged with sitting as jurors in a likely Senate impeachment trial will do likewise.

American men and women stand ready around the globe to defend us and our way of life. We must do right by them and ensure that the country for which they daily don their uniform deserves their protection and their sacrifice.

We look to Lincoln as our guide and inspiration. He understood the necessity of not just saving the Union, but also of knitting the nation back together spiritually as well as politically. But those wounds can be bound up only once the threat has been defeated. So, too, will our country have to knit itself back together after the scourge of Trumpism has been overcome.

I wish these individuals luck in their mission to save the country.
Posted by Michael-in-Norfolk at Wednesday, December 18, 2019