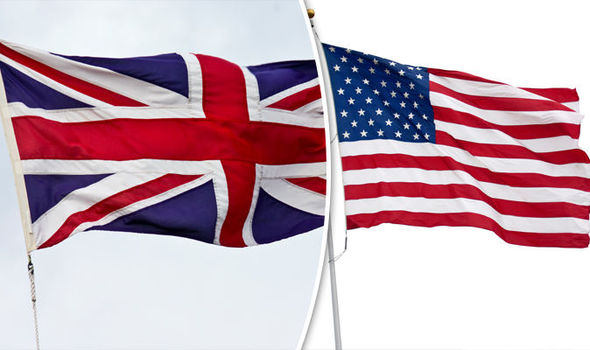 Some would argue that one cannot draw parallels between the politics of the United Kingdom and the United States. Different facts and circumstances apply the argument goes, yet I believe there are parallels that need to be heeded, especially since the motivations of the pro-Brexit forces in the UK and Trump's base are very similar.  What are these? First, there is an abiding hatred of foreigners and non-whites.  Second, there is a contempt for globalization and those they consider the elite - often those who are educated and take a more progressive view.  Third, there is a misguided desire to restore a past that can never be recreated.  The age of the globe circling British Empire will never return, nor will the 1950's America and the white privilege that it embodied.  Given these and other parallels, a column in the New York Times argues that the disaster suffered by the Labor Party in the UK ought to be a wake up call for U.S. Democrats, especially those on the far left of the party.  Will they get the message, probably not, especially among Sanders and Warren supporters.  Here are column highlights:

When Britain flummoxed and flabbergasted the world by voting in 2016 to leave the European Union, it seemed like a one-off: An unexpected gamble by a normally prudent country, but nothing that signified a profound shift beyond the United Kingdom and Europe.

Donald Trump’s election a few months later proved otherwise. Brexit was a portent, not a fluke. The British electorate may have been incautious, but it was ahead of the trend. The desire, however misplaced or ugly, to “take back” control of a country from supercilious political elites was a global phenomenon, not a local event.

Don’t think it can’t happen again, in much the same way.

That’s a lesson Democrats ought to draw, quickly and clearly, from the thumping victory Boris Johnson won for the Conservative Party on Thursday. As recently as September, some left-wing pundits and politicians were glibly writing off Johnson as a “failed prime minister,” peddling a “fantasy” of a renegotiated Brexit and facing “political disgrace” after losing his majority in Parliament.

How did he do this? In four ways, each of which has parallels with Trump.

First, Johnson was fortunate in his political foes. He ran against the most avowedly leftist frontbench the Labour Party has put forward since the early 1980s. Labour leader Jeremy Corbyn proudly calls himself a “socialist.” He rails against a “rigged system” that supposedly exists for the benefit of a handful of billionaires. His campaign promised free college, dramatic increases in health spending, a hike in the minimum wage, massive infrastructure spending, new taxes on the rich, and a “new green deal.”

Sound familiar? It’s the Warren-Sanders manifesto, only with £ rather than $ signs attached.

Second, Johnson was forward looking. He ran as the candidate of Brexit — not, as Theresa May had, as its reluctant and dutiful custodian, but as its persevering and happy warrior. Brexit wasn’t just about unyoking the U.K. from the E.U. It was also a statement of British self-belief, self-reliance and capacity for self-rule.

If impeachment — which I support as a matter of constitutional duty but fear on political grounds — winds up helping Trump get re-elected, it will be for similar reasons. That is, Democrats got so wrapped up in trying to bring the president down by legal and legislative means that they forgot to bring him down by ordinary political ones. The main job of any competent opposition is to fight the next election, not relitigate the past.

Third, Johnson was attuned to the moment. The prime minister is an ideological opportunist, not a purist. This upsets his critics on the right, who dislike some of his big-spending promises. And it confirms the view of his critics on the left, who see his political plasticity as being of a piece with his moral plasticity.

What matters more is relatability, reliability and results. Does the candidate get people like me? Will he keep his political promises? And has he achieved something that directly and tangibly benefits me?

This is Trump’s calling card, as it is Johnson’s. Are there equivalent figures on the left in the U.S. or U.K. willing to shake free from their party’s increasingly tightfitting, ideological straitjackets?

Finally, Johnson has benefited from critics whose mode of analysis is that anything and everything he does is dumb, dishonest, wretched and ruinous. Lately, they warn that he will bring about the end of the country itself. Similarly in the United States, some anti-Trump pundits have been forecasting economic decline and doom for three years straight as the economy continues to grow and unemployment plummets.

Bad things can — and, inevitably, will — happen. In the meantime, what we have is a trans-Atlantic case of boys crying wolf. Does it ever occur to the critics that, by constantly inferring or predicting the worst about either man, they make their less-than-worst moments look good, and their good ones seem positively great?

Like Johnson, Trump is a formidable incumbent. To oppose him with Corbynite candidates and progressive primal screams is to ensure his re-election.


To me, much to the likely screams of left wing Democrats, I suspect the columnist is right on target.
Posted by Michael-in-Norfolk at Saturday, December 14, 2019