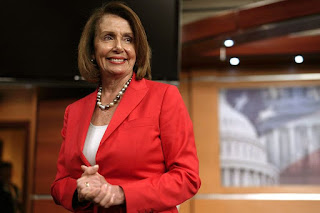 While we still don't know what the Mueller investigation will reveal, it is safe to say at this point that with the Cohen plea, sentencing and continued cooperation, the non-prosecution agreement entered into by the parent of the National Inquirer, and the possible bombshells Maria Butina may drop, Donald Trump is facing significant legal liability.  Some view the offences as impeachable and holding the specter of impeachment over Trump has a certain utility while the results of the Mueller investigation continues to come forth. Yet, barring truly damaging proof of worse crimes or a documented conspiracy between the Trump campaign and Russia, some believe that House Democrats will hold off on actually impeaching Trump.  Why?  Because keeping him in office and allowing a steady drip of criminal offenses to trickle out may prove more damaging to Republicans in the long run and make Trump unelectable in 2020 (at least outside on moronic evangelical circles).  Further, it avoids the possibility of Pence replacing Trump were Trump to be driven from office.  A piece in Vanity Fair looks at this impeachment strategy.  Here are highlights:

The argument for impeaching Trump has been straightforward: when a U.S. president has committed high crimes, justice and the rule of law call for the ultimate sanction. You cannot uphold the pillars of the Constitution if you look the other way in favor of expediency. “Electoral politics don’t matter,” tweeted Esquire’s Charles P. Pierce. “‘Optics’ don’t matter. Sean Hannity doesn’t matter. The House now has an unavoidable constitutional obligation to open an impeachment inquiry. If it declines, the constitutional provision is nothing more than what Jefferson called it: a scarecrow.” Perhaps a bubbling up in such arguments is why one analyst, Greg Valliere of Horizon Investments, places the odds of impeachment at 55 percent.

There are many reasons Democrats will steer clear of impeachment, and expedience is only one of them.

While expedience is always a powerful force in political life, it’s not the biggest barrier to impeachment. Certainly, older Democrats remember the midterms of 1998, the year that Republicans set the impeachment train going against Bill Clinton. To general surprise, Republicans wound up losing a few seats in the House, a setback that was widely interpreted as a rebuke of impeachment zealotry. But Clinton’s approval ratings were reaching 70 percent as impeachment got underway, whereas Trump’s struggle to stay above 40.

High-mindedness, in this case, matters more. Democrats like Nancy Pelosi sincerely believe that impeachment is terrible for the country. At best, you get a crippled head of state and a political system in quiet turmoil. At worst, you cause a constitutional crisis. Also, every time you misuse impeachment, you cheapen it. The very idea of impeachment is far less frightening to a president today than it was 20 years ago, because Clinton showed it could be an unpleasant but temporary ordeal, like a stay in the hospital. Poor judgment by Republicans made it into a paper tiger.

Related to the high-mindedness is another comforting reality: there is a base level of goodwill between the two parties in the House. . . . . What infuriates either side is a breach in implicit boundaries, such as when Newt Gingrich deployed a new brand of attack rhetoric in the 1980s and 1990s, or when Republican Majority Leader Tom DeLay held a vote open for three hours. Currently, though, despite all tensions over policy, House Republicans have played fair enough to mollify House Democrats, and the two sides get along better than you’d think. When Pelosi asserts that truly impeachment-worthy crimes would get Republican buy-in for action, she means it.

Impeachment is like yelling, “Fire!” Unless everyone can see the flames, as opposed to your side alone, you lose credibility, with serious repercussions in all directions. That’s what happened to Republicans in 1998, and this, just as much as midterm setbacks, is what many Democrats take as the crucial lesson.

If Pelosi understands anything better than nearly anyone else, it’s the workings of consensus. Impeachment is the breakdown of consensus, and if you’re using it in the hopes of getting a president booted out of office, then you’re doing it wrong.

If the crimes are indisputably heinous, however, then, as Pelosi sees it, impeachment never happens. Instead, the leaders of the House and Senate pay a visit to the Oval Office and say, “Mr. President, we have the votes to impeach and convict you. The jig is up.” Then the president, as Nixon did, resigns. The circus is averted.

There’s a final dirty truth about why Democrats aren’t going to impeach Trump: they don’t think he’s that bad. Oh, sure, they despise him. (No angry e-mails, please.) Pelosi thinks he’s a coarse and erratic buffoon. But she doesn’t think he’s a Hitler or Mussolini or Pinochet or Franco or Erdoğan or even Orbán. She remembers scandals from previous presidencies.

Anti-Trump passions have therefore presented Democrats like Pelosi with a tricky balance to strike. They value the outrage and voter mobilization, and they’re willing to stoke the fire, but they want a controlled burn. That means tamping down impeachment talk. They’re happy to accuse Trump of crimes and suggest that impeachment would be merited, but then they pull back from the brink. The offenses outlined in recent filings concerning Trump’s payoff to porn actress Daniels are “impeachable,” noted Jerrold Nadler, the incoming chairman of the Judiciary Committee, but “whether they are important enough to justify an impeachment is a different question.” A weakened and infuriated Trump is an ideal foil for a party looking to retake the White House, and so is the party covering for him. If Trump were gone, Mike Pence would clean the slate and exhibit far more self-control. So why get in the way of a good, or at least not-all-bad, thing?

Posted by Michael-in-Norfolk at Friday, December 14, 2018