The Myth that Google Searches are Biased Against "Conservatives" 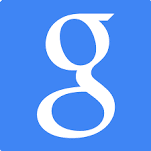 What do you do when those with an education who are not detached from objective reality, who reject your Bronze Age religious beliefs, overt racism and overall embrace of ignorance, find your party and its agenda repugnant?  Blame your unpopularity on the news media which - excluding Fox News and right wing outlets that are the actual purveyors of fake news - are accused of reporting fake news and also blame the Internet search engines for being biased against "conservatives."  Truth be told, the majority of the nation's population are not buying what the GOP, white supremacists, and Christian extremists are peddling and, as a result, no one should be shocked that the search engines follow the majority's interests and outlook, framed in part by Internet searchers' search questions. Yet, one hears ad nausea from the right that they are victims and subject to discrimination, if not persecution, merely because ultimately the majority of Americans find the so-called conservative agenda anathema to their sense of morality and decency.  A column in the Washington Post looks at the deliberate and disingenuous claims of anti-conservative bias.  Here are column highlights:

[O]n Tuesday, Republicans in the [GOP controlled] House summoned the company’s [Google] chief executive, Sundar Pichai, to Washington so he could answer the burning question of whether its search results are biased against conservatives:

In an unusual move, House Majority Leader Kevin McCarthy kicked off the hearing — despite not sitting on the committee — by cautioning the tech mogul against letting political bias color its services. The lawmaker, who’s been a leading voice among the prominent Republicans accusing top tech firms in Silicon Valley of censoring conservative speech, said he hoped Pichai could reassure the committee that “any political bias within Google’s workforce does not creep into its search products.”

Every public congressional hearing is a performance, and McCarthy was signaling something important by coming to this one to make this claim. He was applying an old technique to a new phantom problem, a technique sometimes referred to as “working the refs.” It has worked effectively for conservatives for decades in their confrontations with the news media, so why not try to use it against Internet companies, too?

It's pretty simple. Conservatives make unceasing, angry accusations of liberal bias, no matter what the content of news (or Google searches) actually is. . . . . the accusation never changes.

It serves two functions, which are best understood on the news media side. First, constantly attacking reporters for having liberal bias makes them bend over backward to show that they’re being objective, often by treating Democrats harshly.

The second target of the “liberal bias” attack is conservatives themselves. By convincing them that everything they read in the newspaper or see on the network news is a lie concocted by liberals to distort their view of the world, you not only drive them toward conservative media alternatives but also make them far more susceptible to your own propaganda. So when, say, the New York Times publishes an exhaustively documented investigation showing that Donald Trump and his family committed an absolutely epic degree of tax fraud worth hundreds of millions of dollars, it doesn’t penetrate the conservative bubble. Most rank-and-file conservatives won’t hear about it, and the ones who do will dismiss it out of hand, because it comes from the liberal media and therefore must be bogus.

Attacking Google (or Facebook or Twitter or any other Internet company) for supposed liberal bias serves the same two functions. For “evidence,” conservatives look to analyses such as this one from PJ Media, which shows that Google searches on things such as the president are more likely to produce results from supposedly liberal news organizations such as CNN or The Post than they are to feature sources such as the Daily Caller or World Net Daily. How could there possibly be any other explanation than liberal bias?

You might think that you'd have to be some kind of paranoid halfwit to actually believe that Google's search algorithm is intentionally built to make the right look bad, but some people do believe it. . . . .

Even if this kind of attack isn’t going to get Google to change its search algorithm, the second function of the charge is still being served. More than ever before, in the Trump era the right needs rank-and-file conservatives to distrust any information they receive from non-conservative sources, so they’ll believe whatever outlandish thing the president tells them. It’s also important to keep the GOP base feeling aggrieved and resentful, like they are society’s only true victims.

Even if on a personal basis most of the people who work for Google are indeed liberal, its broader goals — such as maximizing profits and avoiding antitrust regulation — usually aren’t. But that won’t stop conservatives from insisting that the company’s search results are biased against them. It’s a strategy that has yielded far too much to ever abandon.

Posted by Michael-in-Norfolk at Tuesday, December 11, 2018

Oh, conservatives and their martyr complex. Anything that does not let them be the bigoted assholes they truly are is 'censorship'. Bullshit.