Will Trump's CFO Take Him Down? 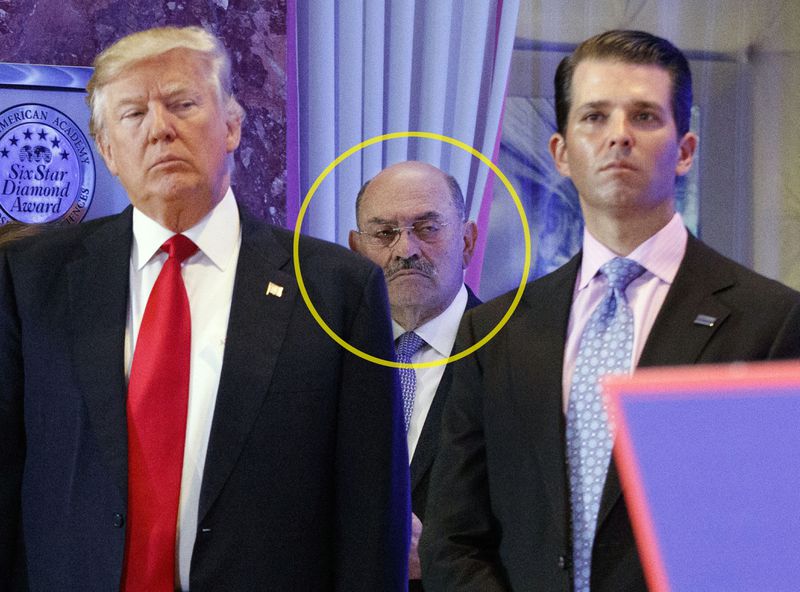 If the Republican Party will not reject Donald Trump for the malignant sociopath and threat to democracy that he is, there is still the possibility - I pray for it every day - that Trump will get indicted for financial crimes and tax evasion and rather than reoccupying the White House will be residing in a federal penitentiary.  A possible key to making this dreamed for situation to happen is for the Trump Organization's chief financial officer to flip and cooperate with prosecutors and lay out a road map of Trump's crimes. As a piece in Vanity Fair notes, prosecutors are stepping up pressure on Allen Weisselberg and his family.  As the article notes, Weisselberg's former daughter-in-law maintains that “Trump doesn’t care about Allen, but Allen knows every bad thing he [Trump] ever did.” We can only hope that Weisselberg ultimately sings like a canary.  Here are article excerpts:

As part of its criminal investigation into possible bank, tax, and insurance fraud by Donald Trump, Cyrus Vance Jr.’s Manhattan District Attorney’s Office has for months been working to flip Allen Weisselberg, the company’s longtime CFO who has described himself as the ex-president’s “eyes and ears” at the firm. Last month a seemingly significant development occurred on that front when Jennifer Weisselberg, Allen’s former daughter-in-law, turned over a trove of documents to Vance‘s office concerning the finances of both Allen and his son, fellow Trump Organization employee Barry Weisselberg.

Vance’s office is currently in possession of the kind of information that could conceivably get one of Trump’s highest-ranking employees to cut a deal with prosecutors, and according to The Wall Street Journal, there may be more where that came from:

New York prosecutors have subpoenaed a Manhattan private school as they seek the cooperation of the Trump Organization’s chief financial officer in their investigation of former president Donald Trump and his company, according to people familiar with the matter. The subpoena seeks information from Columbia Grammar & Preparatory School, where grandchildren of Trump Organization CFO Allen Weisselberg are students, the people said. From 2012 to 2019, more than $500,000 of the children’s tuition was paid for with checks signed by either Mr. Weisselberg or Mr. Trump, the two children’s mother, Jennifer Weisselberg, told The Wall Street Journal. She is the former wife of Mr. Weisselberg’s son Barry. . . . Former prosecutors not involved in the probe said the Manhattan District Attorney’s Office could be examining whether the Weisselbergs evaded taxes with the tuition-payment arrangement.

While none of the Weisselbergs have been accused of wrongdoing, as the Journal notes, “prosecutors often seek the cooperation of someone possibly involved in a crime to obtain confidential information and provide a potential road map to records or documents. Typically, prosecutors offer a potential defendant leniency in exchange for their help. Putting pressure on a possible defendant’s family is one way to encourage cooperation.” People who know Allen Weisselberg told the Journal that he is loyal to the Trump Organization and were skeptical of the idea of him turning on the former president. On the other hand, he already cooperated with prosecutors investigating Trump on two separate occasions—during both the 2018 federal probe into hush money payments and the 2017 New York attorney general’s investigation of the Donald J. Trump Foundation, which was ultimately forced to shutter. As Weisselberg’s ex-daughter-in-law said last month: “Trump doesn’t care about Allen, but Allen knows every bad thing he ever did.”