"None": The Most Common Religious Identity Among Young Adults 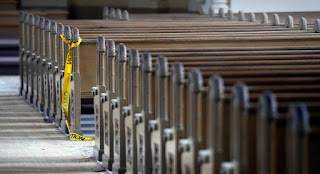 As reported by the Christian Post yet another study has found that the younger generations are leaving religion at a steady pace and that "None" is now the most common answer when asked if they adhere to a religious tradition. Moreover, almost 60% believe that a belief in god is NOT a prerequisite to being moral and having good values.  These findings come in the wake of efforts by the Trump/Pence regime and Christofascists to grant special rights to Christian extremists and to license discrimination against the favored targets of Christofascist abuse, notably gays and non-Christians.  While the article does not address what is fueling the exodus from religion, past studies have cited the rank hypocrisy of self-style "Christians," their meanness towards others and anti-gay agenda as leading causes for those who walk away from religion.  Here are article excerpts:

The most common religious identity among young adults in the U.S. is "none," and the majority of Americans don’t believe it’s necessary for a person to believe in God to be moral and have good values, a new survey has found.

Released Tuesday, AEI’s Survey Center on American Life investigating contemporary religion in the U.S. found that among young adults (age 18 to 29), the most common religious identity today is none. More than one in three (34%) young adults are religiously unaffiliated.

These statistics, the authors say, mark a “remarkable shift in recent years.”

The study also found that Americans are almost equally divided over whether it is better to discuss religious beliefs and ideas with those who do not share the same perspective, and most Americans have never been invited to church. A majority (54%) of Americans say they have not been asked to participate in a religious service in the past 12 months or have never been asked.

Christians as a whole fell from 78.4 to 70% of the population between 2007 to 2014, with every major group experiencing a decline.

Ryan Burge, a political science researcher at Eastern Illinois University who analyzed data from the survey, told The Christian Post that the religious “‘nones’ are not slowing down.”

“Their share of the population is continuing to climb 1% every two years and has done so for the past 15 years or so. If current trends keep up then they will be the largest group in the United States in the next five years, statistically.”


Posted by Michael-in-Norfolk at Thursday, December 17, 2020

Soooo NOT surprised about this situation. Totally expected. 🤷‍♂️